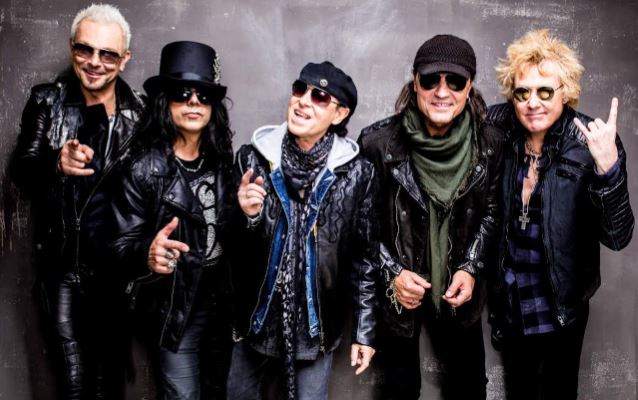 SCORPIONS: Tour Edition Of 'Return To Forever' To Include Two Concert DVDs

German hard rock veterans SCORPIONS will release the "tour edition" of their latest album, "Return To Forever", on April 22 via Century Media. The set comes opulently stacked with two brand-new live DVDs and is bound to make fans' hearts leap for joy. Apart from the standard album's twelve tracks, the CD contains all seven bonus tracks, which to date, have only been released on special editions of the album. The live DVDs are even more expansive, offering generous bonus material.

Included are two complete concerts from last year: The open-air gig at the French Hellfest festival, where they headlined in June, and their show at the Barclays Center in Brooklyn, New York featuring an impressive guest performance on "No One Like You" by twelve-year-old guitarist Brandon Niederauer.

The brand-new fifteen-minute video documentary "On The Road In America" by Dennis Dirksen gets to the heart of the matter that the SCORPIONS are able to consistently attract new generations of fans, who are delighted by their songs, sound and shows. Shot during the current world tour in California and Las Vegas, it gives a voice to fans spanning from teenagers to rock 'n' roll veterans. The film impressively shows how popular the SCORPIONS are in the U.S., and it's touching to see fans burst into tears while taking photos with the musicians. One highlight is the story of the Ukrainian woman who at the time used "Wind Of Change" as an impetus to emigrate to the U.S., and has been a dedicated follower of the band ever since. After all, the SCORPIONS have not only left their mark on history but continue to influence their fans' biographies.

In an extensive track-by-track interview, Klaus Meine, Rudolf Schenker and Matthias Jabs offer a sneak peek into the band's musical universe with anecdotes about the origin and meaning of the songs on "Return To Forever". The SCORPIONS manage to blend new songs like "Going Out With A Bang", "We Built This House" and "Rock 'N' Roll Band" seamlessly with their fulminant repertoire of rock classics from "Big City Nights" and "Blackout" to "Still Loving You" and "Rock You Like A Hurricane". This might also be the open secret allowing the SCORPIONS to continuously approach their live shows with so much freshness, passion and conviction.

The SCORPIONS have been going full throttle for more than fifty years now, with their best-selling albums dominating the charts for over 500 weeks in Germany alone, and countless chart successes abroad, as well as thousands of unforgettable concerts in cities like Rio de Janeiro, Tokyo, Moscow, New York, Los Angeles, Paris or Berlin.

The "Return To Forever" tour edition will be available as a CD + 2DVD digipack and as a download. 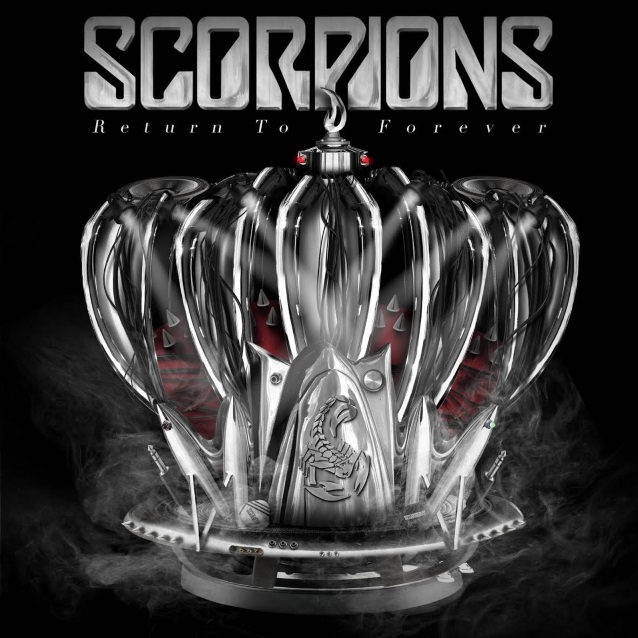