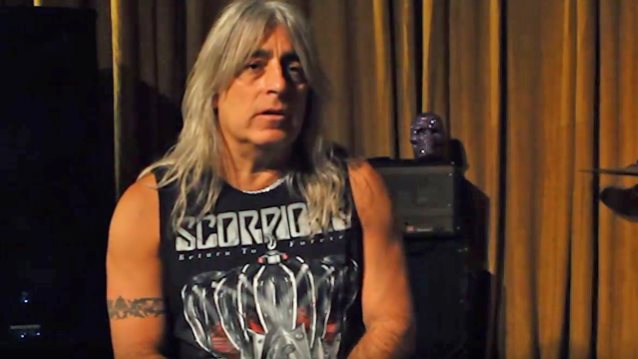 Former MOTÖRHEAD and current SCORPIONS drummer Mikkey Dee has been working with art team and publisher SceneFour on an art collection that is described as "a pioneering effort in the new medium of crafting visual art through drum performance."

In a new trailer for the collection, which can be seen below, he discusses his career and taking creative risks.

"This is a little different type of art — actually, a visual way of seeing the actual beat," Dee said.

Sign up at www.mikkeydeeart.com to learn more and see the collection before it is unveiled on September 14.

Dee joined SCORPIONS last September as a permanent replacement for the band's longtime drummer James Kottak, who was previously said to be on a break while he sought medical attention.

Regarding how playing with SCORPIONS is different from performing with MOTÖRHEAD, Mikkey said: "I played so long with MOTÖRHEAD, we were a three-piece, and that's a tremendous difference. For instance, when Phil [Campbell, MOTÖRHEAD guitarist] was doing his solo, I might have to be a little busier on the kick drum. Here [in the SCORPIONS], I've gotta think the opposite — I've gotta be easier on certain things and step into some other stuff. But it's a great challenge." 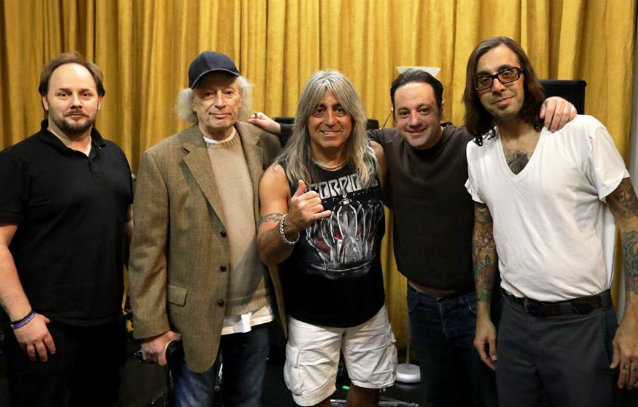