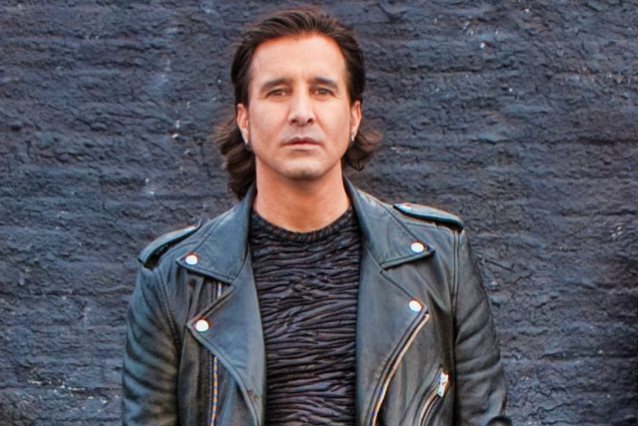 CREED and ART OF ANARCHY frontman Scott Stapp paid tribute to Chris Cornell by singing the chorus to the SOUNDGARDEN classic "Black Hole Sun" at a concert in Pennsylvania.

Stapp, who is in the middle of his "Live And Unplugged" spring tour, took a moment during his May 18 show at The Pullo Center in York to honor Cornell, the SOUNDGARDEN singer who was found dead in his hotel room after performing a show in Detroit on Wednesday evening. Officials later confirmed he had hanged himself.

Fan-filmed video footage of Stapp's "Black Hole Sun" rendition can be seen below.

A few weeks ago, Stapp was asked by Loudwire to name "the greatest pure rock singer." Scott responded (hear audio below): "You could go back to [LED] ZEPPELIN and talk about Robert Plant. [But] I think I'll throw something in that's more current rock history as opposed to rock and roll history from inception. And I would say someone who's still around today, who's still making records, who's in multiple bands and always delivers… I'd say currently Chris Cornell. Not only his vocal range and his style, but just his songwriting and his delivery. He brings it, man. I'm really a huge fan of him and everything that he's done. I just think all around, he's an extremely talented artist, songwriter, singer and guitar player. He can do so many different things to evoke emotion, man, from the soulfulness to the top end of his range when he gets metal and aggressive to his choice of melodies and how the melody in itself, despite what he's saying, can incite emotion. So I think he'll go down in history as one of the greats."

In addition to releasing four solo albums, Cornell fronted AUDIOSLAVE which he formed with RAGE AGAINST THE MACHINE members Tim Commerford, Tom Morello and Brad Wilk. The supergroup released three studio albums before disbanding in 2007.

SOUNDGARDEN was set to headline Rock On The Range on Friday, May 19 in Columbus, Ohio.