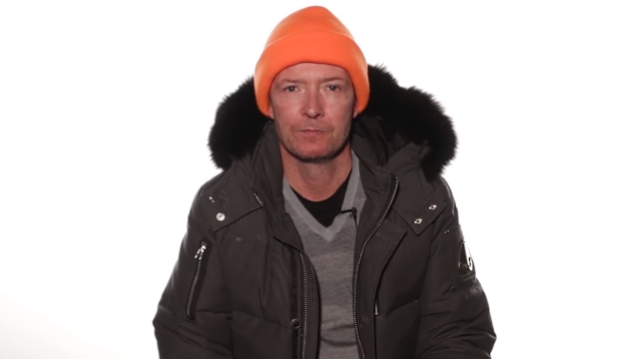 Scott Weiland's widow has paid tribute to the late STONE TEMPLE PILOTS on the seventh anniversary of his death.

On Saturday (December 3), photographer Jamie Wachtel Weiland took to her Instagram to share a photo of Scott, and she included the following message: "Seven years. Seven years since this beautiful soul departed and left so many who loved him behind. The most impossible man I've ever known. Impossible to understand his genius, the music and lyrics he created, how he touched so many with his incredible talent. Impossible to understand his knowledge of things that had nothing to do with music (I always told him, if the rockstar thing didn't work out, he could be an amazing American History professor). Impossibly hilarious. Impossibly full of love for his children, his parents, his friends, me, Wolfie, our dogs. Impossibly difficult and irrational at times - but what genius doesn't have their quirks? But most of all - he was impossible not to love. His indelible mark is planted on anyone who knew him, or knew of him - and I hope wherever he is, he feels a lot of love today - and everyday. #scottweiland #love".

More than six years ago, Jamie filed a claim against Scott's estate, saying he owed her $64,406. Jamie said she and Scott signed a prenuptial agreement before their 2013 wedding which provided that the musician would put $2,000 into a separate account each month that they were married, with a provision that the amount would increase by seven percent annually. But Jamie said Scott had only made two deposits by the time he died in December 2015.

TMZ said that the document was "cut and dried," stating "what was his before the marriage remained his, and vice versa." In addition, the agreement waived Jamie's right to spousal support.

According to court documents obtained by The Blast, Jamie Weiland's creditor's claim against the estate was denied in August 2019.

Mary Forsberg was Weiland's second wife and mother to his children, Noah and Lucy. His first marriage to Janina Castenada lasted from 1994 to 2000.

Forsberg posted a brutally candid letter about Scott at RollingStone.com following his death, writing that his children "lost their father years ago. What they truly lost on December 3rd [2015] was hope."