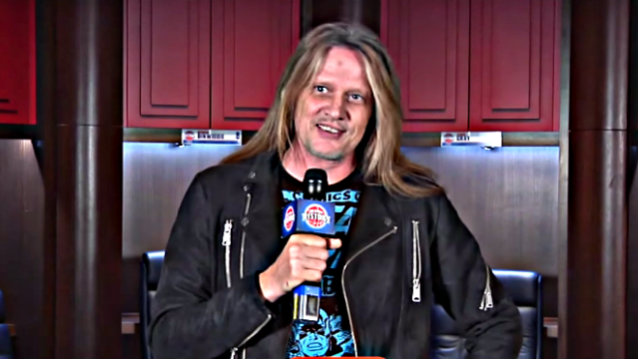 SEBASTIAN BACH Answers 'This Or That' Questions For Detroit's WRIF 101.1 FM (Video)

Former SKID ROW singer Sebastian Bach answered a few "this or that" questions for the listeners of Detroit, Michigan's WRIF 101.1 FM radio station. You can now watch the question-and-answer session below.

Bach's new solo album, "Give 'Em Hell", sold around 4,000 copies in the United States in its first week of release to debut at position No. 72 on The Billboard 200 chart. Released on April 22 via Frontiers Records, the follow-up to 2011's "Kicking & Screaming" was once again produced by Bob Marlette, who has previously worked with ROB ZOMBIE, BLACK SABBATH and SHINEDOWN, among others.