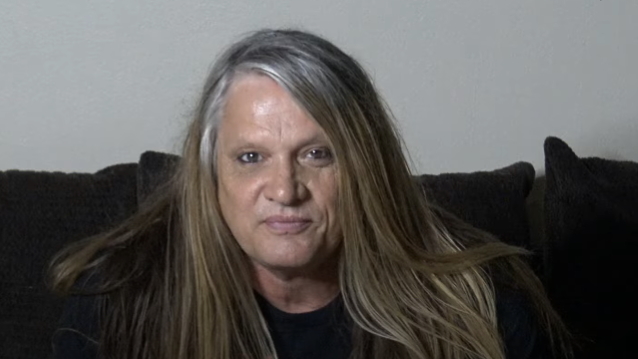 SEBASTIAN BACH: 'Every American Should Be Mandated To Be Vaccinated'

In a new interview with KNX 1070 Newsradio 's "KNX In Depth", former SKID ROW singer Sebastian Bach — who went public with his COVID-19 battle earlier in the month — was asked if he supports all the artists and promoters who have announced that they will require proof of full vaccination against COVID-19 or a recent negative test as a prerequisite to attend their shows. He responded (as transcribed by BLABBERMOUTH.NET): "Well, absolutely. I'll take it a step further. I think every American should be mandated to be vaccinated. There's no reason why not to — unless you have a pre-existing health situation where you can't get it. But other than that, the only way we're ever gonna maybe get back to normal is by doing that. Even if everybody did do that, who knows what it would be like? But there's no way we can get back to quote-unquote normal if people aren't all gonna get in this together. There's no politics in health or medicine. Everybody is in it together. Everybody gets sick."

The 53-year-old singer, who is scheduled to embark on a tour in October celebrating the 30th anniversary of SKID ROW's "Slave To The Grind" album, was also asked if whether he is contemplating canceling the dates amid a nationwide spike in coronavirus infections and hospitalizations attributed to the delta variant.

"I am not a doctor, and I don't pretend to be a doctor, and I can't stand people that do," he said. "I listen to the science, but everything is confusing. Everybody says that the vaccine has an effectivity rate of, like, after six months, it starts to wane. Everybody is on the six-month mark now, if you got it when I did. So, for me, we need a booster shot if we're all gonna be hanging out together or something.

Bach went on to say that he considers his vaccine to have been effective at preventing him from becoming severely ill from the virus. "Well, yeah," he said. "I looked up specifically, what does the vaccine do, and it says that it concentrates whatever outbreak you're having to the upper respiratory tract. It keeps it out of your lungs — deep down in your lungs. That's how I make my living — singing my lungs out and running around the stage and being aerobically fit. And everything I read about COVID is that it attacks the lungs and makes it hard to breathe. And I go, 'Are you kidding me?' You try to sing along to SKID ROW in the car. And then, 'Oh, let's make it harder to breathe.' No, there's no way. Thank God for the vaccine. Thank you. I will be screaming my lungs out, because they're very healthy."

Bach, like TWISTED SISTER's Dee Snider, TRIVIUM's Matt Heafy and many others, is showing that while vaccines are exceptionally effective in preventing death and severe illness from the coronavirus and its known variants, some are far from foolproof in preventing infection altogether.