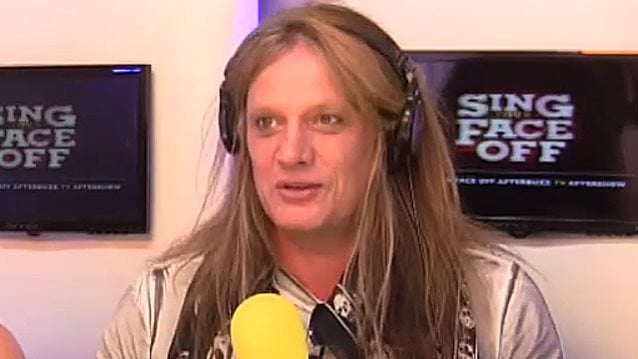 On the ABC show, Bach had to take on the identity of some of music's famous faces such as Lady Gaga, Adam Levine, Willie Nelson and Freddie Mercury. During the interview, Afterbuzz TV got exclusive information from the rocker about his experience on the show, including his controversial departure. Bach explained laughing: "I was supposed to stand there and get eviscerated… and I just split… Let me paint the picture for you, my manager was running after me… and I literally… ripped my nose off and threw my nose off, so there's like a nose on the floor."

Bach also revealed a huge spoiler in the show that could change the ending! Bach let fans hear his vocal chops on a few spontaneous songs, including "Somewhere Over the Rainbow", which he mentioned was the song he tried out for the show with.

Despite repeatedly mentioning he was unhappy with judge Debbie Gibson's scores for him, Bach enjoyed getting to know the celebrity contestants and creating friendships. "It's a fun show," he said.

The Afterbuzz TV after show for "Sing Your Face Off" returns this Sunday at 6 p.m. PST, with hosts Jason Ikeler and Heather Joy Smith. Make sure to tune in for a possible guest appearance.

Bach's "transformations" on "Sing Your Face Off":