Former SKID ROW singer Sebastian Bach is filming a video for the song "One More Battle With The Bottle" with John Rich of the country duo BIG & RICH today (Thursday, September 11) in Hollywood, California. The clip is being directed by Wayne Isham, who has a long video history working with METALLICA, QUEENSRŸCHE, JUDAS PRIEST, OZZY OSBOURNE, MÖTLEY CRÜE, BON JOVI, and DOKKEN, among others.

"One More Battle With The Bottle" is a track that Bach penned with two Nashville songwriters — Vicky McGehee and Jeffrey Steele — and that he sang at the finale of CMT's "Gone Country 2" show.

"Gone Country 2" is the follow-up to CMT's highest-rated series ever.

John Rich returns as host and judge of the show, which premiered on August 15.

The show's second season follows a similar format to its first season, as each episode follows the cast as they compete against one another in challenges that test their ability to musically and physically adapt to the country-crooner lifestyle. In addition, each cast member is paired with two Nashville songwriters, who assist them in penning lyrics and music for a country single, which they'll then have the opportunity to perform.

"Gone Country" will conclude with one of the seven contestants winning the two-week competition and recording and releasing a country song.

Video footage of Bach singing one of his country songs during a "Gone Country 2" rehearsal can be viewed below. 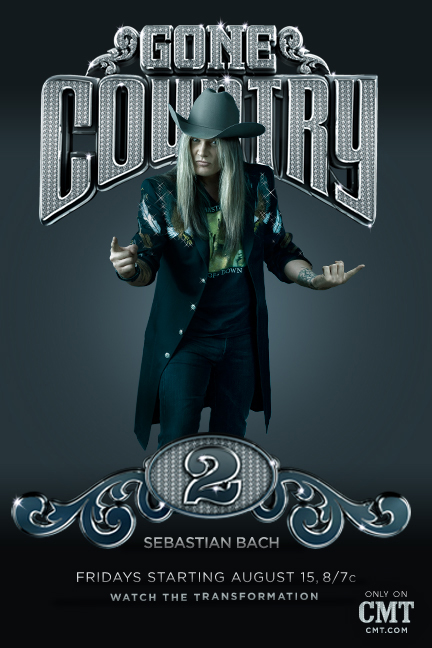