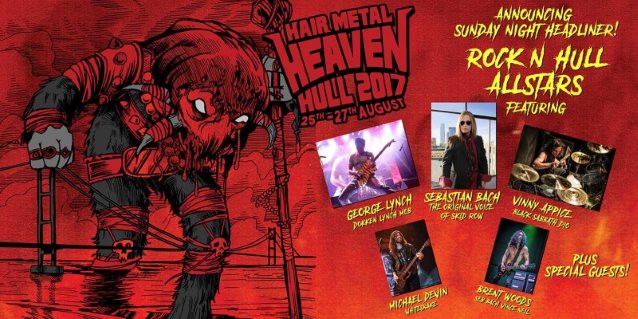 Fan-filmed video of the performance — which consisted of renditions of classic songs by SKID ROW, BLACK SABBATH, AC/DC, LOUDNESS (with a special guest appearance by LOUDNESS guitarist Akira Takasaki),DIO and DOKKEN — can be seen below.

Bach recently underwent a hernia operation. He revealed that the surgery was needed "because [he] literally screamed [his] guts out."

Sebastian is preparing to make the follow-up to his 2014 album "Give 'Em Hell".

The singer's autobiography, "18 And Life On Skid Row", came out last December via Dey Street Books (formerly It Books),an imprint of HarperCollins Publishers. 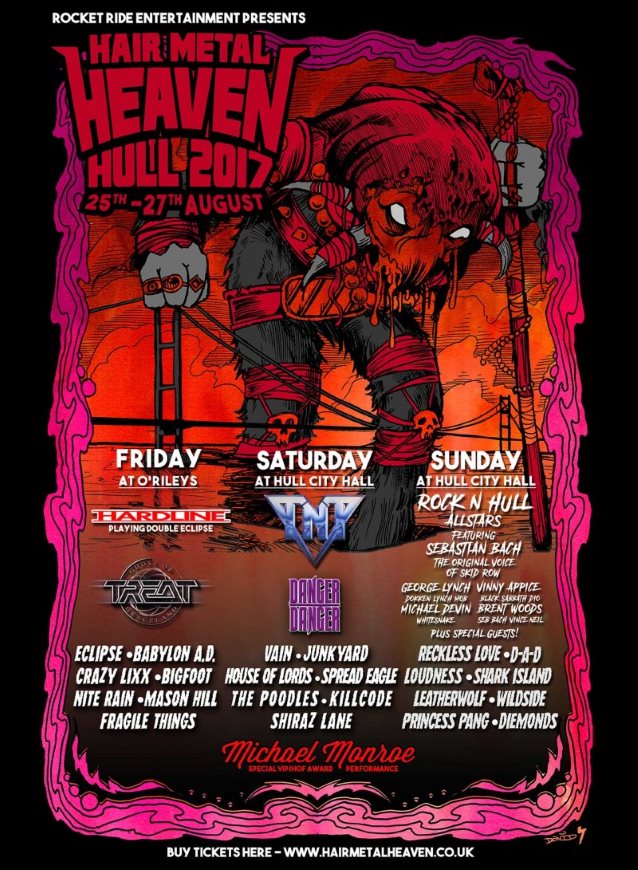