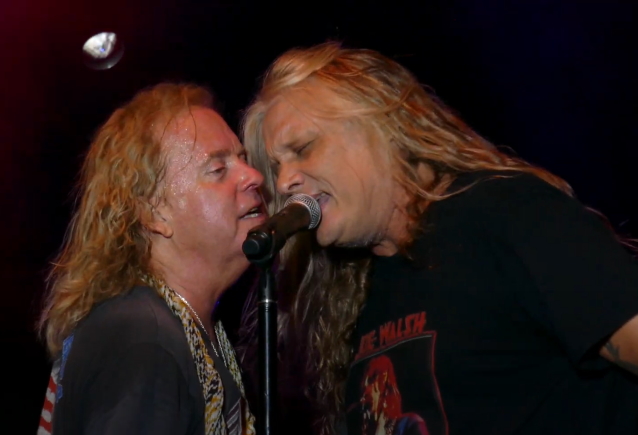 Earlier today, Bach shared a backstage photo from last night's concert and he included the following message: "I have always been a fan of the band @nightranger . I remember buying Speak of the Devil by Ozzy Osbourne when it first came out and being knocked out by @bradgillisofficial insane guitar playing. From my band KID WIKKID doing 'don't tell me you love me' live in the bars in Toronto all the way up to High Enough by DAMN YANKEES and their new music too. ('Breakout' kicked ass last night) this is a great band of consummate professionals and such excellent people. I love the song Night Ranger.

"We had such an incredible time last night in Toledo Ohio and for @jackblades to ask me on stage to sing 'High Enough' with them is a memory I will never forget.

"Thank you Toledo and NIGHT RANGER & @promedica_live for an incredible summer time night of rock and roll. If only every day on Earth could be like that".

Last fall, Bach completed a tour celebrating the 30th anniversary of SKID ROW's double-platinum, acclaimed album "Slave To The Grind". The trek kicked off on September 25 in Waterloo, New York and wrapped in San Diego, California on December 17.

Bach fronted SKID ROW until 1996, when he was fired. 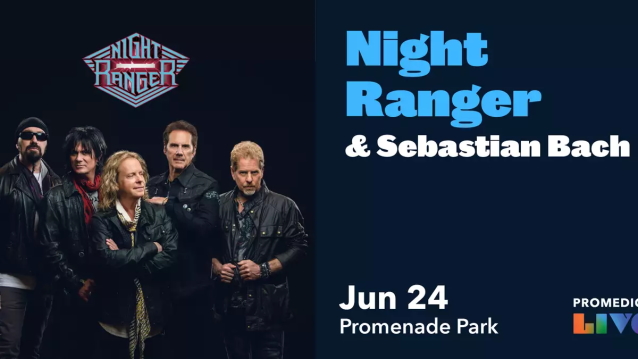