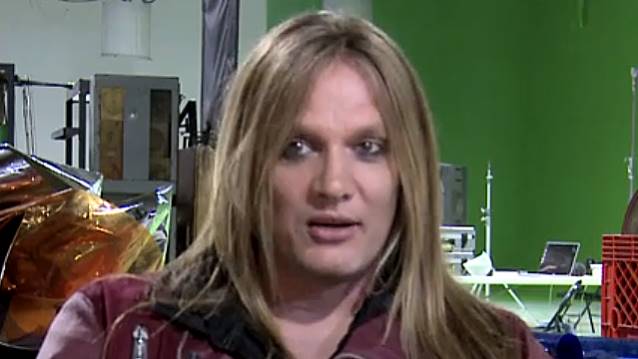 Former SKID ROW frontman Sebastian Bach has clarified his recent comments about Facebook "likes" and how they relate to album sales, claiming that he "never complained about fans not buying" his latest album.

"It's up to the music fans. It's, like, you read rockers [complaining about how], 'Oh, rock is dying,' and everything. Yeah, you're killing it. Unless you're down at Best Buy buying your favorite band's new album, don't talk about rock being dead, because you're the one murdering it. Country music is alive and well, rap music is kicking ass. So I don't know what to say."

In a brand new interview with Media Mikes, Bach was asked to elaborate on his comments regarding Facebook likes and how they relate to album sales. He said: "When you are doing interviews, it can be similar to walking in a minefield. You never know what people are going to respond to or make a big deal out of."

He continued: "I was never talking about my album. I was talking about how the number of 'likes' you have on your Facebook is really a meaningless number.

"I'm not really sure what Facebook totally is, as it's not very meaningful to my career. [Laughs]

"I never complained about fans not buying my record, but I was more wondering why they were on my page."