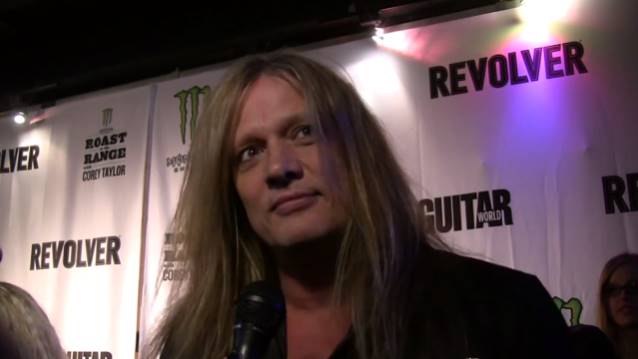 Official book description: "In this uncensored, unfiltered memoir, the musician and former front man for SKID ROW tells the story of how a choir boy became a mega-successful hair metal god, rode the wave of fame in heavy metal's heyday, and came out alive on the other side when glam rock went the way of the cassette tape and the Walkman.

"Sebastian Bach is an iconic rock vocalist who has sold in excess of twenty million records worldwide. Best known for his powerful high vocal range and his flowing blonde locks, he's been a stand out member of the metal music scene since he was fourteen. From first joining KID WIKKID, Bach has rocked out with SKID ROW, MADAM X, THE LAST HARD MEN, THE FROGS, and FRAMESHIFT, and with famous friends such as AEROSMITH, BON JOVI, SOUNDGARDEN, PANTERA and GUNS N' ROSES.

"But eventually the party bus stopped and the rock star grew up. Yet the fun didn't end. Bach established a successful solo career as an actor, musician, and singer, appearing on numerous television shows and on Broadway.

"In this no-holds-barred memoir — raw, powerful, wild, funny, and reflective — he charts his unconventional childhood, first in the Bahamas and then in his rise from small-town Canada to the world's greatest concert stages to the Great White Way and beyond. There's the usual sex, drugs, parties, women, hair products, and headbanging rock ‘n' roll, but there is also a lot more. Here is a rock star who can write, tell a great story, and has kept his career moving forward despite the changing musical landscape. Through it all, this talented artist remained devoted to his craft, and to having a damn good time."

Speaking to Billboard.com in 2012, Bach admitted that writing his autobiography seemed "like such an overwhelming project," but expressed confidence that he had the goods to make the project work.

"Oh, my story is insanely insane," he said. "I think I could do a hell of a book. I could make the dirt look clean if I wanted to. Or it could also be a photo book of all the early SKID ROW pictures that chicks from the Internet cannot get enough of, the pinups and stuff. Every time I put one of those on my web site, the Internet shuts down. I'd want to write it by myself; I look at Duff McKagan's book, Dee Snider's — they wrote those by themselves and they're amazing book. The main thing is it has to blow me away before I release it. It has to give me goose bumps or I won't put it out."