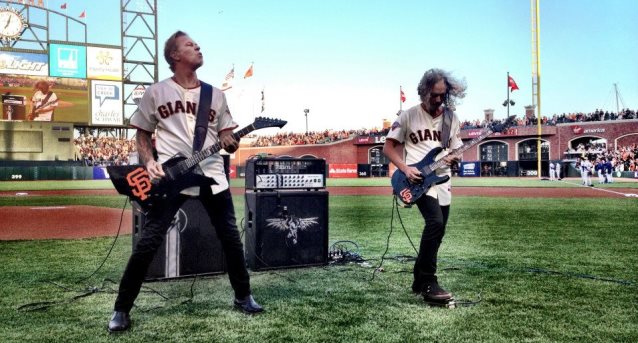 METALLICA will join the San Francisco Giants at AT&T Park for the second annual "Metallica Night" on May 16. The game will be against the Miami Marlins this time and the group will get to perform the National Anthem and throw out the first pitch just as they did on the first "Metallica Night" back on May 3 of last year.

The band said in a statement, "We had a lot of fun during 'Metallica Night' with the San Francisco Giants last May and they must've had fun too because they've invited us back for 2014!

"Can ya believe that?!

"'Metallica Night' at AT&T Park will be on Friday, May 16 at 7:15 PM as the Giants face the Miami Marlins. Get there early as we'll be on hand to do all the fun pre-game rituals... the National Anthem, throwing out the first pitch, and so on. If you're into METALLICA, baseball and, most importantly, the San Francisco Giants, make sure you snag a ticket for the game.

"Extremely grateful," he said. "I think the GRATEFUL DEAD have their day. And we have a pretty loyal following ourselves. So I think we might be in the territory of the DEAD as well. We're very grateful to be a part of this. Hopefully it can continue and we'll do it as long as we can."

"I've been a baseball fan in the early part of my life, so through the '70s and the '80s, I was a huge fan," METALLICA bassist Robert Trujillo told the San Jose Mercury News. "I actually followed the Dodgers back then, back in the Kirk Gibson years, Steve Garvey. ... It means a lot to me. It's an honor to be here at this park, it's one of the most beautiful ballparks in the U.S. and probably in the world even. It's incredible. I don't think any seat's a bad seat here." 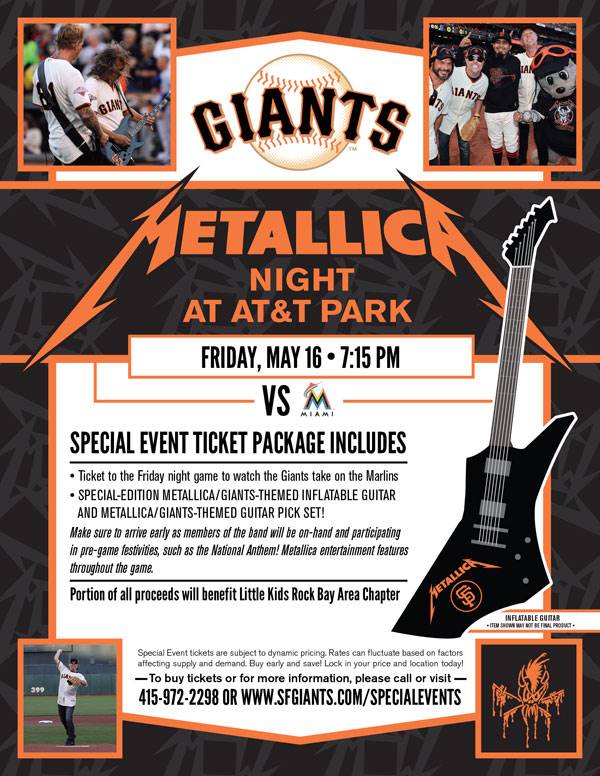 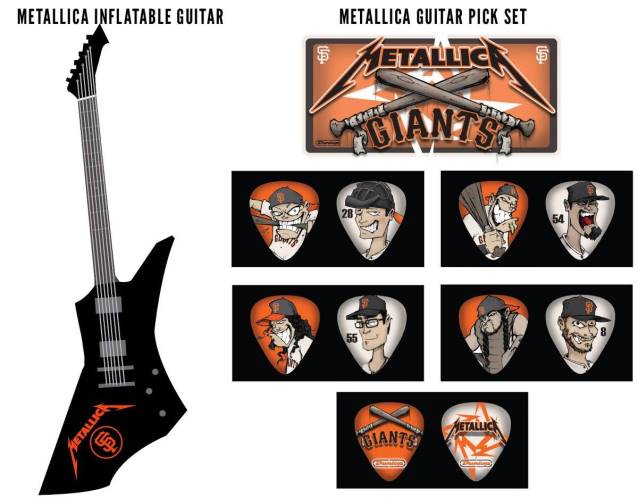