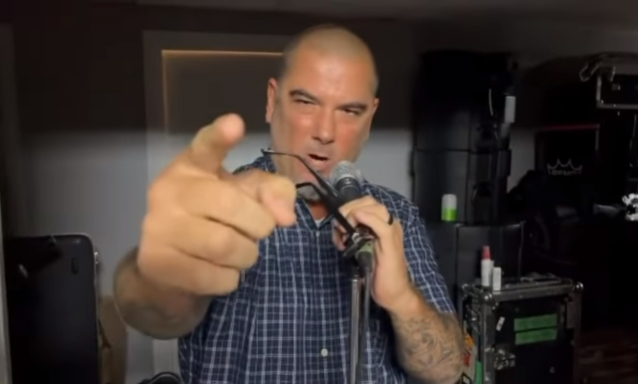 The band will launch a three-date U.S. run of shows on May 19 at the Welcome To Rockville festival in Daytona Beach, Florida. After playing in Atlanta and Dallas immediately after Rockville, DOWN will take a three-week break before regrouping for three European festival appearances — Copenhell, Graspop Metal Meeting and Hellfest — in June. An appearance at this year's Blue Ridge Rock Festival will follow in September in Alton, Virginia.

Commented Anselmo: "It's gonna be good to be out playing shows with the DOWN boys again!"

On Tuesday (May 17),DOWN shared a short Instagram video of the band rehearsing the song "Lifer" for the upcoming shows. Check it out below.

Earlier in the month, Windstein spoke to Pierre Gutiérrez of Rock Talks about the status of DOWN's long-discussed EP of "obscure" cover songs. He said: "We have been talking about this for a long time. What's been happening is DOWN is kind of now as it started, which was a side project. We love doing it and it's a ton of fun and we love it — we love the band; it's an amazing band — but everybody's back to doing their other bands. Pepper's [Keenan, guitar] doing C.O.C. full-time, Jimmy's [Bower, drums] doing EYEHATEGOD, I'm doing CROWBAR, Phil's [Anselmo, vocals] got a lot on his hands and a lot of projects, as he always did and always will.