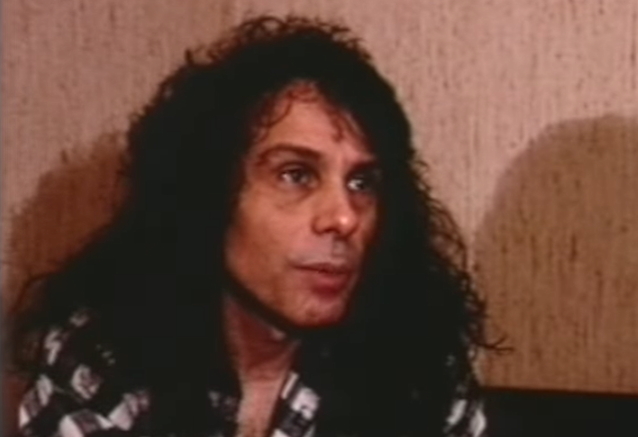 Mulatschag has uploaded a never-before-released video interview with Ronnie James Dio, filmed in May 1990 in Dortmund, Germany. The 24-minute chat was conducted during DIO's world tour in support of "Lock Up The Wolves", the band's only album to feature guitarist Rowan Robertson who was recruited to replace Craig Goldy when he was only 17 years old.

Four years ago, Rowan said that he "would love" to release songs that were written during the sessions for "Lock Up The Wolves" that didn't make the final record. Robertson was asked by The Metal Voice if he would be interested in making the unreleased recordings available to the legendary singer's fans.

Rowan was also asked by The Metal Voice for his opinion on the "Dio Returns: The World Tour", which featured a hologram of Ronnie James Dio backed by some of his DIO bandmates.