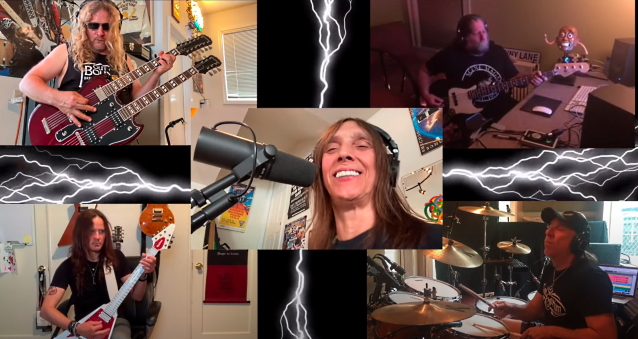 While practicing social distancing due to the COVID-19 pandemic, Sacramento rockers TESLA got together — virtually — to jam out a quarantined version of "Lazy Days" to kick off to their new online series, "Home To Home". Check it out below.