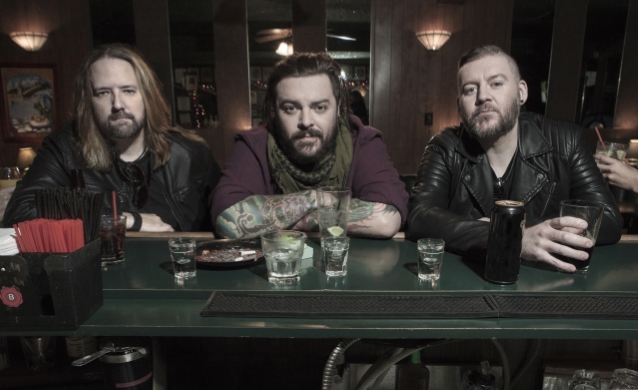 SEETHER Frontman Has 30 Song Ideas For Next Album

SEETHER will enter the studio in the fall to begin recording the follow-up to 2017's "Poison The Parish" album for a tentative early 2020 release.

"Shaun's [Morgan vocals/guitar] got, like, 30 different ideas," he continued. "He started laying down some vocals to, I think, three or four of 'em. It's gonna be incredible, stuff that he's coming up with."

"We can really do it like an in-house thing now, which is great. We don't have to have any sort of external influences," added bassist Dale Stewart.

Two years ago, drummer John Humphrey told the Dallas Observer about the more guitar-driven sound of "Poison The Parish": "The intention was to turn up the guitar and bring back a little edge to SEETHER. We've had the honor of working with some great producers, but maybe in the end a few albums were mixed not entirely how we envisioned them."