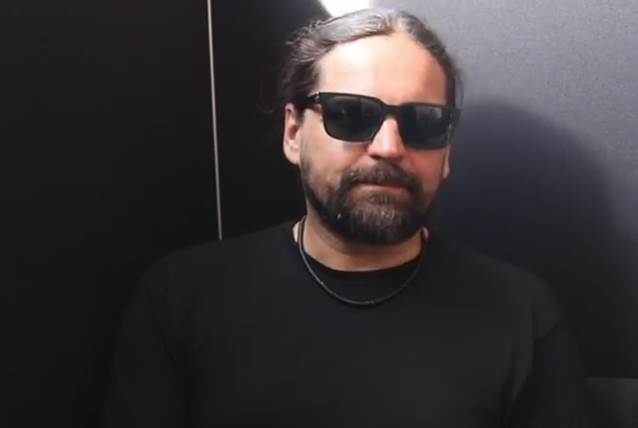 SEPULTURA guitarist Andreas Kisser has confirmed to TotalRock Radio that the band has commenced the songwriting process for the follow-up to 2017's "Machine Messiah" album. "Already, me, Eloy [Casagrande, drums], Derrick [Green, vocals] and Paulo [Xisto Pinto Jr., bass], we have a few ideas, so we have where to start from — a few songs in demo version," he said at this past weekend's Wacken Open Air festival in Wacken, Germany (see video below). "And we still have to develop [them] and stuff. We don't still have a kind of a direction or a theme or something, but it's getting there. We still like to enjoy a lot the road, and we don't write that much on the road as a band. Yeah, it's going, but it's still early."

SEPULTURA's official documentary, "Sepultura Endurance", will tentatively be released on DVD and Blu-ray this fall.