SEPULTURA Signs With BMG For Latin American Release Of 'Quadra'

Brazilian/American metallers SEPULTURA have signed to BMG for the release of their forthcoming album, "Quadra", in Latin America.

Formed in 1984, SEPULTURA has released 14 studio albums, including 1993's groundbreaking "Chaos A.D." They have sold over three million units in the United States and almost 20 million worldwide, gaining multiple gold and platinum records around the globe, including France, Australia, Indonesia, United States, Cyprus, and their native Brazil.

Said the band: "We signed with BMG because we believe in their modern and fair business model. In addition, they value the past of SEPULTURA and believe in the future of the band."

The signing of SEPULTURA in the band's home market is a significant achievement for BMG as it builds its recordings business in Brazil.

BMG Brazil general manager Jasmina Zammit said: "SEPULTURA is one of the few Brazilian bands to have enjoyed global success over decades. They have achieved iconic status in the heavy metal scene and beyond. I feel very honored they have chosen BMG as their partner."

"Quadra" is a concept album created in Sweden's Fascination Street Studios with renowned producer Jens Bogren. It will be released on February 7 and will be followed by a world tour starting in March 2020.

"Quadra" is the follow-up to 2017's "Machine Messiah", which was SEPULTURA's fourteenth studio album and the eighth since Green joined the ranks. Lyrically, the disc tackled the metaphorical robotization of society and the need to follow and worship someone. 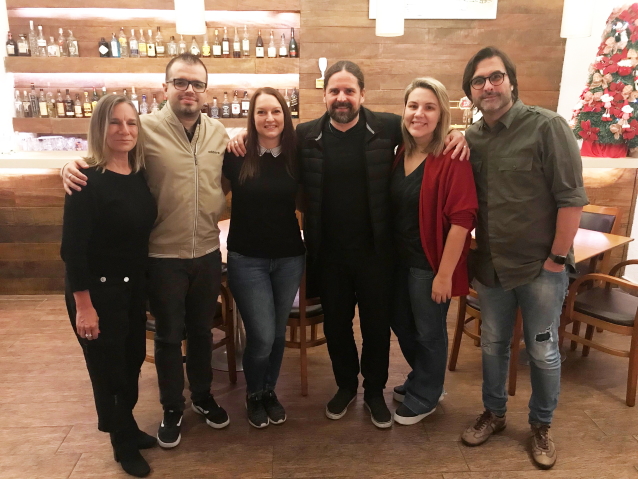