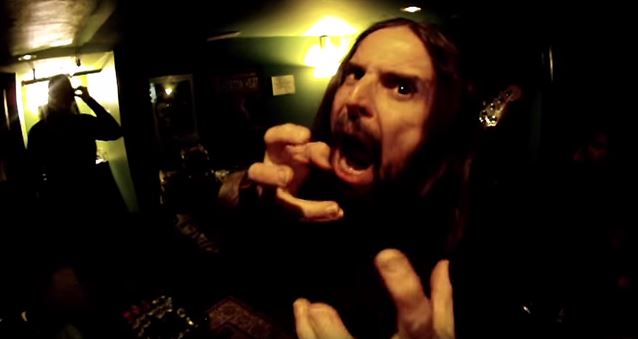 A teaser for the long-awaited official documentary on Brazilian/American metallers SEPULTURA is available below. The film is being helmed by InterFace Filmes, with Otavio Juliano directing.

Juliano has been following SEPULTURA for the last few years, a time of tension and triumph for the band, as they toured and recorded their albums "Kairos" and "The Mediator Between Head And Hands Must Be The Heart". Nothing has been off limits. This amazing story will go through SEPULTURA's history, myths, conflicts, personnel changes and struggles with the Internet economy in the early 2000s and will include interviews and rare footage.

SEPULTURA recently commenced the songwriting process for the follow-up to "The Mediator Between Head And Hands Must Be The Heart", tentatively due before the end of the year via Nuclear Blast.

SEPULTURA released a limited-edition seven-inch single to mark its 30th anniversary. "Under My Skin" features artwork of fan tattoos on its cover, with a live version of "Kairos" on the b-side. The single was issued on black, yellow and green vinyl, with only 200 copies of each version pressed.

"The Mediator Between Head And Hands Must Be The Heart" came out on October 29, 2013 via Nuclear Blast.