SEPULTURA To Tour Europe With OBSCURA, GOATWHORE, FIT FOR AN AUTOPSY

In early 2018, Brazilian/American thrash metal legends SEPULTURA will head out on a lengthy and extensive European headline tour in support of their highly acclaimed album "Machine Messiah". Be prepared for a full ninety minutes of pure SEPULTURA, with a setlist featuring new hits as well as some timeless classics.

After an extremely successful tour with KREATOR and a raft of festival shows in 2017, SEPULTURA will return to Europe with their most powerful billing yet. German technical death metal masters OBSCURA are confirmed as direct support, followed by U.S.-based death/black metallers GOATWHORE and New Jersey's finest deathcore outfit FIT FOR AN AUTOPSY.

SEPULTURA guitarist Andreas Kisser states: "Sepulnation Europe, I'm very happy to announce our first headline tour for the 'Machine Messiah' album in February/March 2018! I couldn't be more excited with the bands that are going to be together with us, such amazing acts like OBSCURA, GOATWHORE and FIT FOR AN AUTOPSY! So be ready, the Messiah is on the move, see you all soon! DESTROY!!!!"

Asked which is his favorite SEPULTURA album from the Derrick Green era of the band, Kisser told Full Metal Racket: "I never really divided our career like that — pre or post — because we have [had] a few changes. Of course, the singer was the most powerful, whatever, most radical change. But we are on our third drummer, I myself, I joined in '87, and we play songs from all over our career. We don't play only songs… like a political setlist, let's say, [or just] play the new stuff. But usually I like the newer material always. But I really feel this album ['Machine Messiah'] is our best work with Derrick. And Igor [Cavalera, original SEPULTURA drummer] was working with us ten years after Max [Cavalera, former SEPULTURA frontman] left the band. And I really like 'Kairos' [2011] a lot, because it was a very important album — first album with Nuclear Blast. It was the last album with Jean Dolabella on drums. So we had a few changes there that also changed and gave a new direction for the band. Everyone that came into the band brought something new. And that's something that we like to respect always — not try to copy formulas and try to fulfill expectations that are impossible to fulfill. Yeah, I think 'Machine Messiah' is one of our best works, period, in our career, for sure." 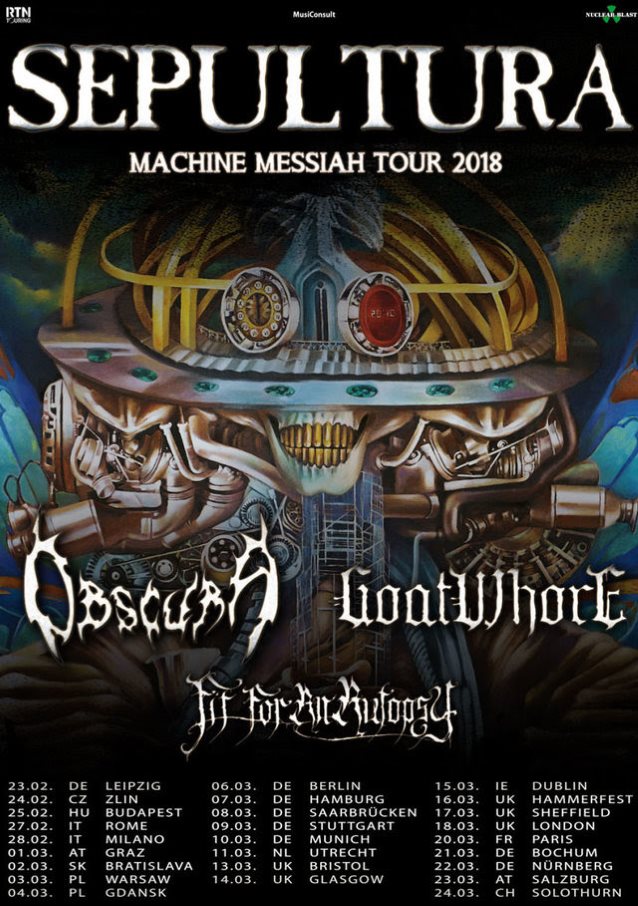