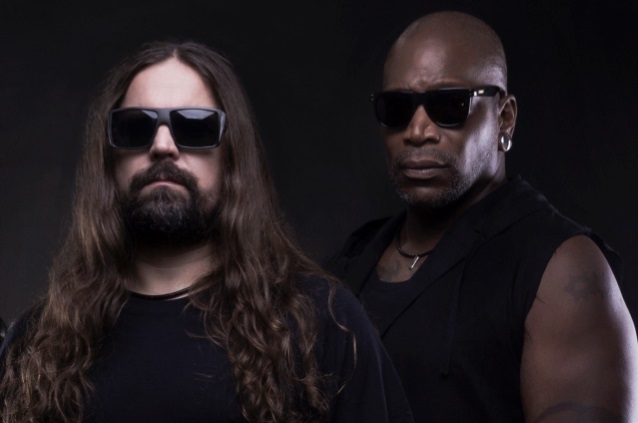 SEPULTURA's ANDREAS KISSER On DERRICK GREEN: 'We Didn't Want To Have A MAX CAVALERA Clone'

Dubai-based podcaster and host Basel Anabtawi interviewed SEPULTURA lead guitarist and main songwriter Andreas Kisser hours before the band's December 13 concert in Dubai at the Hard Rock Cafe. You can now watch the chat below.

Asked what SEPULTURA was looking for when it was time to replace Max Cavalera as the band's frontman back in 1997, Andreas said: "One thing we knew for sure [was] that we didn't want to have a Max Cavalera clone — somebody that looked like him or sounded like him. It was hundreds of people who wanted to… Because we opened the possibility for a lot of demo tapes to arrive, and we talked to a lot of friends; we knew so many different people. The label [RoadrunnerMax clone and stuff and try to do another 'Roots' and all that crap, but we wanted to do something new with somebody new. And it took a year, after Max left the band, to find [current SEPULTURA frontman] Derrick [Green]. 'Cause we took our time."

According to Andreas, SEPULTURA started working on the material that became 1998's "Against" album almost immediately. "We never played anything old; it was just something new, always looking forward," he said. "And I think that's a very strong characteristic of the SEPULTURA way of being — everyone who came into the band always was very free [to contribute] and we encouraged [them] to bring the ideas. It happened to me when I joined the band [in 1987]; it changed the band a lot. The same with Derrick, the same with [former SEPULTURA drummer] Jean Dolabella, and the same with [current SEPULTURA drummer] Eloy [Casagrande] — everyone changed this band for better or worse. And also it's a strong point to show that's why we're here — because we're always challenging ourselves to do something different and respecting each one of our musicians' characteristics — background and influences and the way to use the voice."

Andreas added: "Derrick's here with us more than 20 years — it's fantastic. And his vocals grew up so much, his presence on stage and everything. And in the end, I think you have to respect and live [in] the present and not try to reproduce what [happened before]. We respect our past so much. Actually, we have the [official SEPULTURA] movie 'Sepultura Endurance', which talks about this trajectory and our history and everything, and it shows why we're here — because we respect it. We respect each [musician's] ideas and everything, and [we try] to take SEPULTURA to different places [instead of trying to recapture something we did in the past]."

SEPULTURA's latest album, "Machine Messiah", was released in January 2017 via Nuclear Blast. The disc was produced by the band and Jens Bogren of Fascination Street Studios in Örebro, Sweden. The CD's cover artwork was created by Filipino artist Camille Della Rosa.

Andreas Kisser is the lead guitarist and song writer of one of the most important bands in rock history, Sepultura! We caught up at the Hard Rock Cafe Dubai to talk about the history of Sepultura, the rebirth of the band in 1998, the role of Sepultura in rock history in the 80's and vocalist auditions! Did you know that he actually tried-out for Metallica at some point!?

I was totally fan-boying here! Forgive the quality, it was loud and dark! (such an appropriate metaphor) 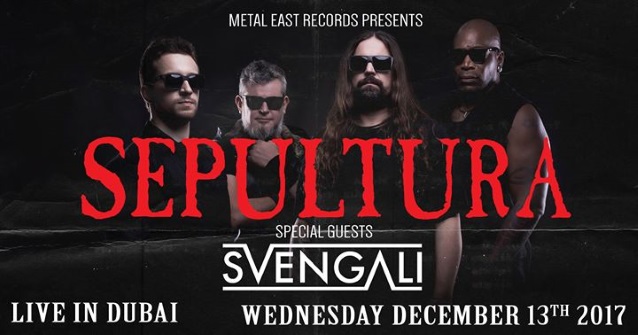