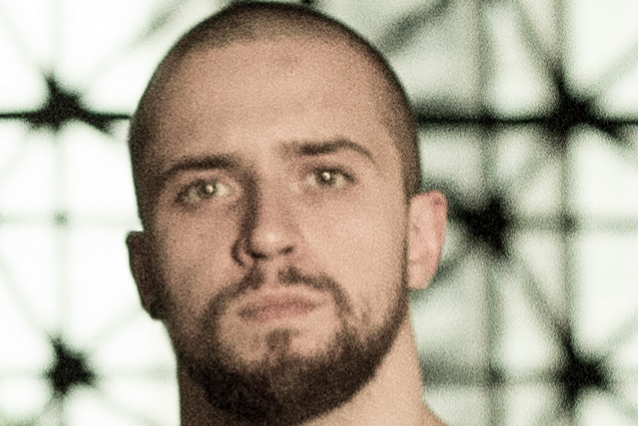 SEPULTURA's ELOY CASAGRANDE On ANDRÉ MATOS: 'He Was The First Guy That Gave Me The Opportunity To Be A Professional Musician'

During this week's installment of SEPULTURA's "SepulQuarta" session, drummer Eloy Casagrande reflected on the passing of former ANGRA singer André Matos. Matos, who also sang for the Brazilian metal bands VIPER and SHAMAN, died last June after suffering a heart attack. He was only 47 years old.

Eloy said (see video below): "Back in 2006, I was only 15 years old. Back there, I was playing at some TV programs here in Brazil. I was playing Faustão. If you're Brazilian, you know who Faustão is. He's one of the most — I don't know — unique persons in the world. And I went there to play a small drum solo. I don't remember for what — for what reason I was doing that. But I went there. If you know Roy Z, the producer, back then he was producing André Matos's album, and he watched me on Globo television. And he called André Matos and he said to him, 'Man, you need to do an audition with Eloy. I saw a kid on television playing the drums.' After one day, I got a call from the manager from André Matos, asking me if I wanted to do an audition. And I went there with my parents — I remember that I was really young; I [was] only 14, 15 years old — and I played with the band. And I remember after the audition, the guys gave me the okay, that I was on the band. I went to talk with André. I asked him, 'Man, are you sure that you want a 15-year-old kid playing in your band? I'm not sure if I can handle that. I'm too young. I have never traveled. I don't know how it's gonna be. Are you sure of that?' And he said, 'No, man. I believe in you.' So he was the first guy that gave me the opportunity to be a professional musician, to play in a band, to play in a proper band, to don't play covers, to live music, to live art. So he was such a great human being, a great guy. And he's a legend right now."

Matos, along with bassist Luis Mariutti and drummer Ricardo Confessori, left ANGRA in 2000 and launched SHAMAN (later known as SHAAMAN due to legal issues). André then went on to pursue a solo career while continuing to stay involved with a number of outside projects.

Last month, SEPULTURA guitarist Andreas Kisser stated about Matos: "André was a great friend and a great inspiration. I remember VIPER, his first band. We are from the same city… And VIPER, they were the pioneers in heavy metal in Brazil, especially André Matos, with his position of a frontman. Of course inspired by IRON MAIDEN, like we all were, among other bands, but especially IRON MAIDEN. And their ability and capability of them playing their instruments, playing that type of music that was not easy.

"André was always a great inspiration," he continued. "I had the privilege to jam with him many times. He came to my radio show a few times as well. We respected each other very much. He was a great guy, very smart, very inspirational — he always inspired. And Eloy, of course. André Matos was the first one who gave Eloy [Casagrande, SEPULTURA drummer] a chance, a really big break to be in a band, to tour the world and to record and everything. And I know Eloy is very grateful for that — of course.

"It's a huge loss," Andreas added. "There's no artist like André Matos, really, that was so complete. He could speak three or four languages. He could play many instruments.

"Anyway, he's gonna be missed forever. But at the same time, we have to be very thankful that we had the privilege to know him and to have this interaction with him as well."

On June 8, 2019 — the day that Matos died — Kisser dedicated his acoustic performance at the Rio Montreux Jazz Festival in Rio De Janeiro, Brazil to the singer.

Before launching into an acoustic version of the PANTERA classic "Walk", Kisser called Matos a "heavy metal icon" and a "Brazilian heavy metal pioneer."