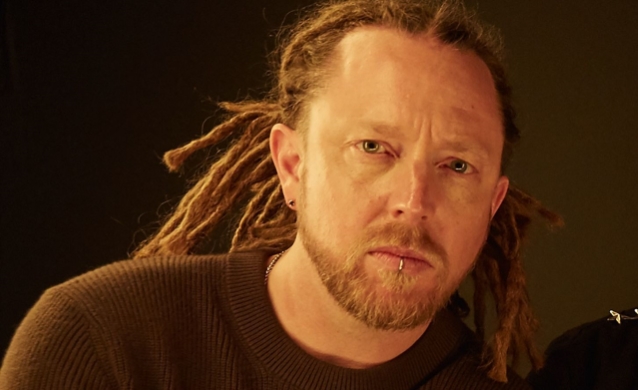 According to The Pulse Of Radio, SHINEDOWN drummer Barry Kerch has responded to remarks made by BRING ME THE HORIZON keyboardist Jordan Fish, who said in a recent interview that current rock music lacks good songwriters when compared to pop music. Kerch told Finland's Kaaos TV: "I think rock 'n' roll, as a whole, is doing well. It's doing really well. I think a lot of times it gets branded into such smaller genres — this is 'active rock,' this is 'alternative,' this is 'mainstream.'"

Kerch added: "That's all rock and roll, and all of that is doing well, but if you break it down into little things, sometimes it looks like it might not be doing well. I agree with him that songwriting is the key. There's been a lot of people that aren't writing good songs because they're just putting stuff out there."

Kerch told The Pulse Of Radio a while back that SHINEDOWN takes great care to put together albums full of songs that work together as a whole. "Records are a time capsule of what you're going through at that period in your life, so once you start piecing that together, even if it's a good song or a song that you really like, is it gonna fit on this record, man?" he said. "You have to go through that whole process. It can be painstaking for sure, but in the end you get a great record."

Fish had originally said: "[Modern rock music is struggling to keep up with hip-hop in terms of streaming numbers] because it's bad, generally. In my opinion, it's mostly shite. The people who are writing the songs aren't good enough songwriters... The craft of writing good songs is hard."

SHINEDOWN's latest album, "Attention Attention", came out last year and features the Top 10 rock hit "Get Up". The band will embark on a U.S. headlining tour in February. BRING ME THE HORIZON just launched a tour in support of its new album, "Amo", which arrives Friday (January 25).