SHINEDOWN invites viewers into the world of "Attention Attention" in their new film, bringing to life the story of the acclaimed chart-topping album, which simultaneously hit No. 1 on Billboard's Alternative, Top Rock, and Hard Rock Albums charts, debuted Top 5 on the Billboard 200, and has racked up more than 355 million global streams. A stunning sonic and visual work of art, the film weaves the 14 songs from the album into a provocative, visceral and thought-provoking journey that brings viewers along on a psychological, emotional and physical ride from life's lowest lows to the highest highs. As anxieties dissipate and demons disappear, what emerges is a powerful and enduring statement about humanity, overcoming struggles, the importance of mental health, not being afraid to fail and the resolve of the human spirit.

"When we created 'Attention Attention', our vision was always to present the message as a sonic and visual experience. We're really proud of what we created and are beyond excited to partner with Gravitas Ventures to finally bring the film in its entirety to the world," said SHINEDOWN.

"'Attention Attention' the film is where the songs of the album come together with people this music has had a profound impact on. What begins as many stories, many voices, steadily becomes one message, one voice from many. Years in the making, I am beyond pleased to be able to share this vision, which was inspired by this amazing band," said director Bill Yukich.

"SHINEDOWN found the ideal director in Bill Yukich to turn their acclaimed album into a dynamic cinematic experience. It's a testament to their continued innovation as artists, and we look forward to unveiling the film to audiences worldwide," said Tony Piantedosi, vice president of acquisitions at Gravitas Ventures. 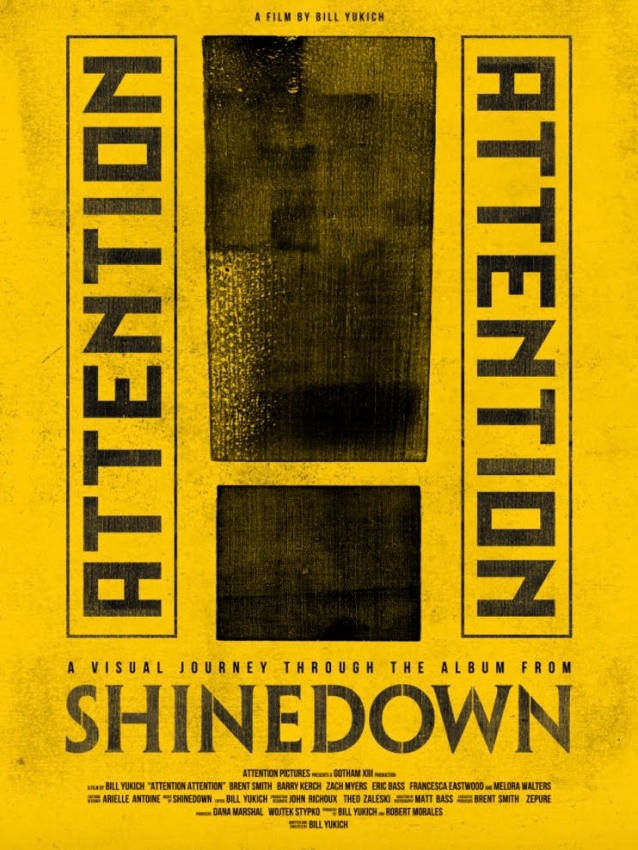