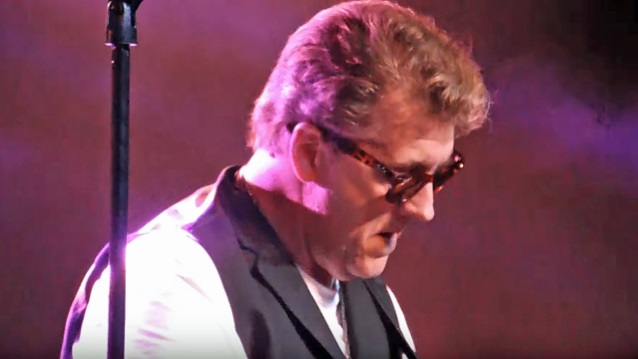 Van McLain, a founding member of the band SHOOTING STAR, passed away on March 2 from complications of West Nile virus in Kansas City, Missouri.

SHOOTING STAR first came to prominence after a showcase gig in 1979 at the legendary New York City club CBGB, which landed the band a national management contract.

Later that year, the band returned to New York City for another showcase gig, this time at the red-hot club Tracks. The band were on fire that night and after the show were offered recording contracts by A&M Records, Atlantic Records and Virgin Records.

SHOOTING STAR elected to sign with Virgin Records, owned by billionaire Richard Branson. They were the first American rock band signed to his label.

Branson set them up in the studio in London, England with esteemed producer Gus Dudgeon (Elton John, David Bowie). The result was SHOOTING STAR's eponymous album, released in Europe in 1979 and in America in 1980.

The self-titled album featured the Top 100 hit song "You've Got What I Need" as well as SHOOTING STAR's signature tune "Last Chance". The band hit the road in support of the album. Over the next year they toured with Robin Trower and TRIUMPH. The band quickly earned a reputation as a fierce live act as their debut album received worldwide critical acclaim and massive FM radio airplay.

SHOOTING STAR recorded several more albums in the 1980s and continued to successfully tour America. The band's highest-charting single came in 1989 with the tune "Touch Me Tonight". The song's popularity was boosted by being featured heavily on MTV.

The band, however, suffered line up changes and found themselves performing less and less with each passing year. By the early 1990s, they entered a semi retirement phase of their career.

In 1998, McLain was diagnosed with esophageal cancer. With a positive attitude and a successful surgery, Van survived the disease. While performing at a cancer benefit in Chicago, McLain's interest in writing and performing music was rekindled. Shortly thereafter, he reformed SHOOTING STAR. He remained at the helm of the band until his death in 2018.

After the tragic events of 9/11, McLain was inspired by the heroic efforts of passenger Todd Bearmer on the ill-fated United flight #93. Beamer led an uprising in an effort to thwart terrorist hijackers taking over the aircraft. Moments before the famous confrontation, Beamer yelled out "Let's roll" as his battle cry.

In 2002, SHOOTING STAR released Van's song titled "Let's Roll", which was adopted as the official theme song of the Todd Beamer Foundation. SHOOTING STAR performed the song in football stadiums as well as on national television.

SHOOTING STAR may be what McLain is most known for, but in truth, he was much more than just an accomplished guitar player and singer in a rock band. In his hometown of Kansas City, McLain was a musical icon. He produced many local artists, lending his expertise to other musicians freely and with great passion.

Van McLain leaves behind a wonderful musical legacy. As important, or perhaps even more important as the music he created, Van also leaves behind legions of family, friends and colleagues whose lives are better off today for having known him.

Van McLain was a genuine man with a kind soul and a huge smile. He could also play a mean guitar solo.

Over the course of his career, SHOOTING STAR shared the stage with some of rock music's biggest names including ZZ TOP, CHEAP TRICK, Todd Rundgren, JEFFERSON STARSHIP, JOURNEY, REO SPEEDWAGON, KANSAS and John Mellencamp, just to name a few.