"Detracked", the new video from Finnish old-school death metallers SHRAPNEL STORM, can be seen below. The song is taken from the band's most recent release, "We Come In Peace..." The clip was shot in an old industrial hall in Nokia, Finland and was produced and edited by SHRAPNEL STORM bassist Petri Saarenmaa.

"We Come In Peace..." was released on November 18, 2013. The promotional CD was recorded at Shrapnel Studios in Finland and contains two tracks from SHRAPNEL STORM's upcoming, as-yet-untitled full-length debut, which the band will begin recording in April.

SHRAPNEL STORM is currently in talks with a couple of labels about the release of the upcoming album. 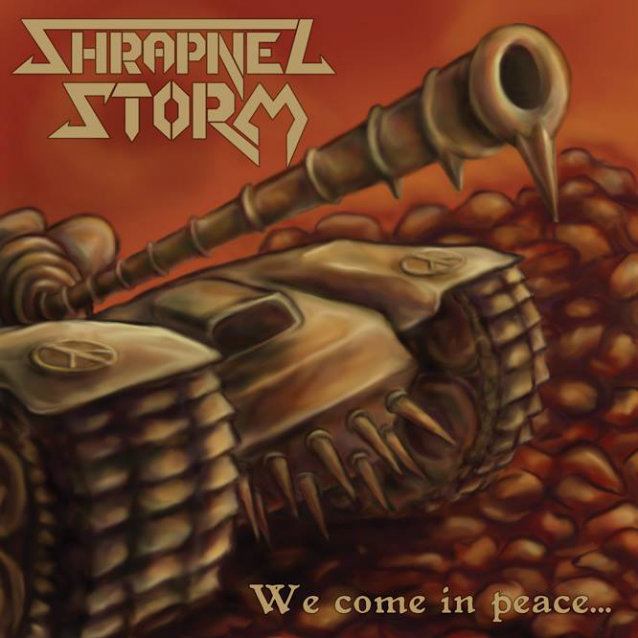