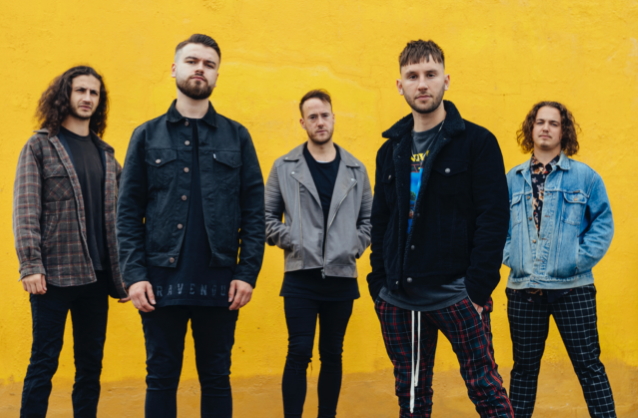 Speaking about the track, Griffin said: "I think a lot of us can find ourselves in toxic environments that we eventually learn to call home. It's easy to get comfy in a bad place yet simultaneously very difficult to make the choice to leave those bad places when the threat of the unknown is so daunting. This song is about taking your life into your own hands, knowing your worth, and making those life-changing decisions that are terrifying yet liberating in equal measure."

SHVPES' latest album, "Greater Than", was released in November 2018 via Search & Destroy/Spinefarm Records.

That same year, Griffin told The A List that he is not interested in answering questions about his famous father.

"Every single interview, especially for this record ['Greater Than'], from the international press has just been riddled with questions, but I think it's usually just a bit of an easy sell for lazy journalists that are just trying to get something out of you that people will click on online," he said. "I've been really riddled with them, especially from the European press, to the point that there is almost more questions about that, than about [SHVPES]. If the journalists aren't focused on the music, they're probably not that interested in the band in the first place. It's probably not going to get a prime spot anyway, so it's no skin off my back to shoot people down who keep trying to get that story out of me."