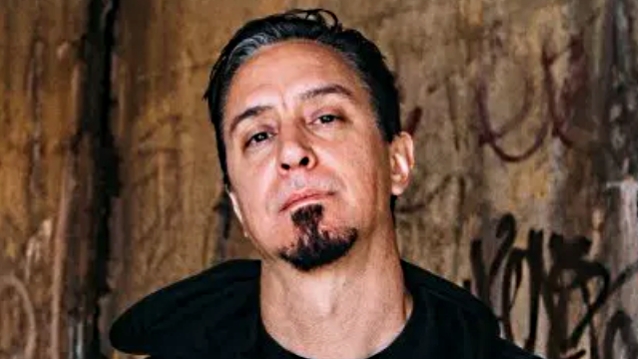 SICK OF IT ALL frontman Lou Koller spoke to Italy's Poisoned Rock webzine about the band's recording and touring plans for the coming months. He said (see video below): "The only thing concrete we have is we did a lot of what we call 'test' videos where we recorded songs together remotely. And they're old songs — it's nothing brand new — but we did about six of 'em. And we're gonna release those. We weren't gonna actually release 'em at first — they were just gonna be tests — but we were, like, 'Let's just release 'em for fun. Hopefully the fans will like it.'

"We have tours booked for next year here in the States and in Europe," he continued. "Everything's been shifted from this year to next year, but I don't know if it's gonna come through yet. I'm banking that I think 2022 will be the year that everything starts to get back to normal. 'Cause personally, if they allow us to tour, but they say, 'Okay, but you can only have half the amount of people. Everything has to stand…' I've seen videos of bands doing shows — there was a metal band called THUNDERMOTHER or MOTHER THUNDER, and I couldn't believe it. I'm watching these people on stage playing great music going wild, and the people are sitting in little corrals separated from each other just staring. It's, like, that's not rock and roll; that's not metal."