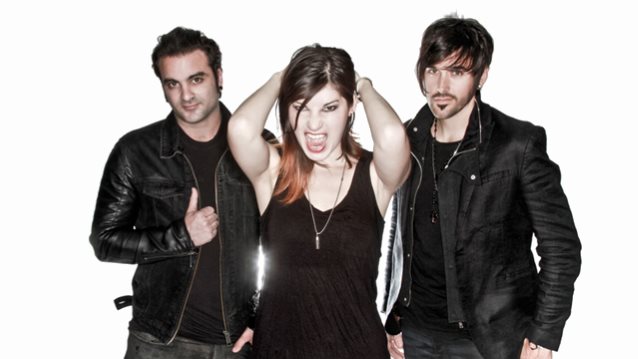 The 2016 HardDrive Live Tour is set to hit the road next month with SICK PUPPIES, RED SUN RISING, STITCHED UP HEART, HUDSON and SMASHING SATELLITES confirmed for the upcoming month-long trek. The tour is scheduled to kick off in Houston, Texas on April 22 and will run through May 21, when it will wrap up in St Louis, Missouri.

Tickets, as well as VIP packages for SICK PUPPIES, will be available on Friday, March 4 at 10 a.m. via Ticketmaster.com at SickPuppies.com.

Since bursting into the rock scene, headliners SICK PUPPIES have sold over one million records, including a gold album certification for their breakout second full-length, "Tri-Polar", which yielded two million in single sales, including the gold-certified "You're Going Down" as well as rock smashes "Maybe", "Riptide" and "Odd One". SICK PUPPIES' fourth album is due to be released this spring and features the single "Stick To Your Guns".

Akron, Ohio's RED SUN RISING proudly carries on the tradition of pure rock music with their full-length debut, "Polyester Zeal" (Razor & Tie). The band has been steadily climbing the rock radio charts since and was recently dubbed New Artist of the Year at the 2016 Radio Contraband Awards. Their debut single, "The Otherside", topped the Active/Mainstream Rock radio charts, making them the only artist in 2015 whose debut single reached Number One on the Rock chart. Their second single, "Emotionless", is closing in on the Top 15 of Active Rock radio charts. RED SUN RISING is Mike Protich (vocals/guitar),Ryan Williams (guitar),Ricky Miller (bass/vocals),Dave McGarry (guitar/vocals) and Pat Gerasia (drums). The band started off playing local gigs and frequently performed all over the Midwest, relying entirely on social media as well as word of mouth which allowed them to build a strong and dedicated fanbase. Though they released two albums independently in their early years, RED SUN RISING received critical success when they released "Polyester Zeal" in August 2015. Additionally, the band has shared the stage with GODSMACK, SEETHER, SEVENDUST, NOTHING MORE, POP EVIL, SHINEDOWN, CHEVELLE and more.

STITCHED UP HEART forged their path in sheer passion and earned their keep in physicality and volume. Both on the road and in the studio, frontwoman Mixi and the Los Angeles-based quintet face 2016 and their forthcoming Another Century debut with brazen confidence. "Finally Free" is the clarion call for the band's day of reckoning. Recorded by producer Mitch Marlow and captured on video by director Ron Underwood (also known as the high-flying frontman for labelmates 9ELECTRIC),"Finally Free" delivers on the promise hinted at on their self-released EP, "Skeleton Key".

STITCHED UP HEART's days of self-booked national van tours and Mixi being a Revolver "Hottest Chicks" mainstay was merely the beginning. Driven by a new level of sonic confidence and topped with the frontwoman's soaring vocal verve, it's the sound of a band unapologetically coming into its own.

HUDSON is a rock and roll band from Los Angeles that formed in the fall of 2013. The band's dirty, bluesy, swagger-infused sound, shaped by childhood influences ranging from LED ZEPPELIN and LYNYRD SKYNYRD, to Johnny Cash, PINK FLOYD and NIRVANA, is catching the attention of fans and critics alike. Huffington Post recently wrote that "HUDSON might just be the next legendary rock and roll band with the potential to change the world." Catch the video for their new single, "Cast Out", off their sophomore EP on MTV Live or by visiting HudsonTheBand.com.

Sal Costa fulfilled his dream of playing arenas in a rock band, but that band wasn't his, so now he's going full-force as lead singer, songwriter, co-producer and guitarist of Toronto's alternative-rock band SMASHING SATELLITES. The band is rounded out by childhood friend/guitarist-keyboardist Mick Valentyne, drummer Mykey Thomas, and Vancouver guitarist-keyboardist Devon Laughed.

"Coming from a straight-up rock band, I wanted people to know that that wasn't the only place where my heart lies," says Sal. "SMASHING SATELLITES is a quirky alternative rock band with a throwback to all the greats of many genres and eras that influenced me growing up. This is who I am and this is what I'm going to do in the future." 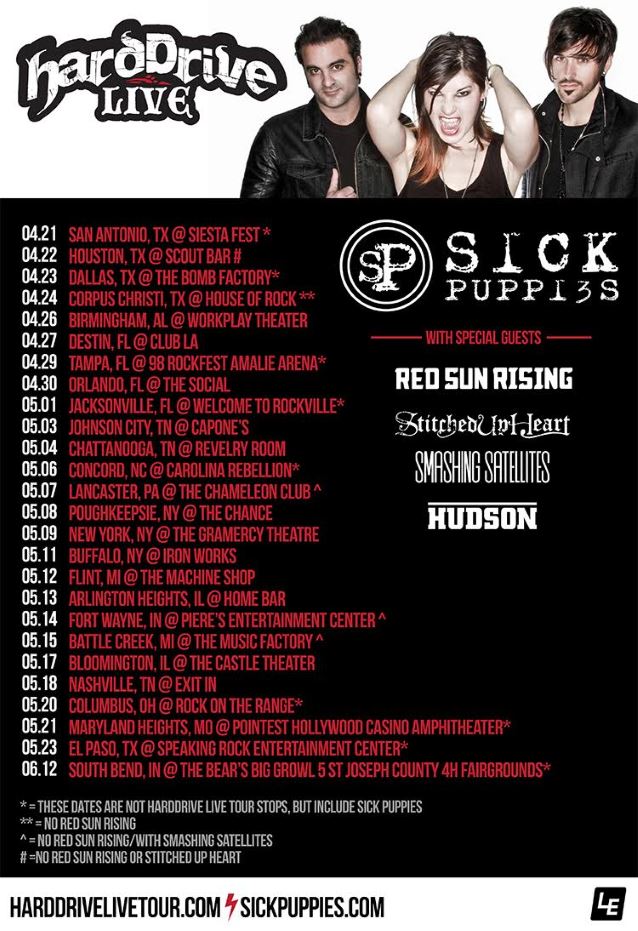