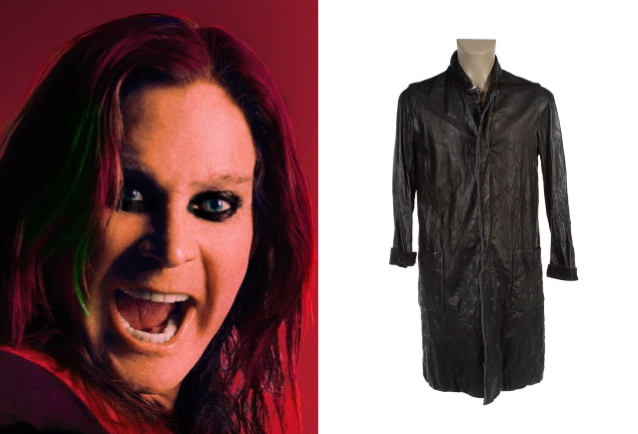 Julien's Auctions has announced additional marquee items added to the celebrity lineup of instruments, memorabilia, wardrobe, artwork, and more to be sold at MusiCares Charity Relief Auction taking place live in Beverly Hills and online at juliensauctions.com on Sunday, January 30, 2022.

Headed to the auction is a Keith Richards signed Gibson ES-335 in Ebony that includes a one-of-a-kind four second video authenticating his signature taken at Germano Studios. The Gibson ES-335 is the cornerstone of the Gibson ES line-up. From its inaugural appearance in 1958, the Gibson ES-335 set an unmatched standard. With impeccable sounds across its wide-ranging tonal palette, the ES-335 can be found in the hands of jazz, blues, and rock players all over the globe. SKU ES33500EBNH1 S/N: 211310255. Donated by Gibson Gives (estimate $6,000 - $8,000).

Another highlight hitting the auction stage will be from another music legend from the most important band in rock history: Paul McCartney. THE BEATLES legend is offering a signed sunburst Hofner brand B-Bass Hi Series violin bass guitar (estimate: $4,000 - $6,000). McCartney helped make the Hofner violin bass guitar famous by the 1960s, as it was one of his main bass guitars that he played with THE BEATLES, notably at the Apple Rooftop concert and the "Let It Be" album recording sessions.

BTS kicked off the initiative with the auction announcement of their custom made ensembles (estimate: $30,000 - $50,000),worn in their unforgettable performance of their smash hit song "Dynamite" filmed from Seoul, South Korea at the 63rd annual Grammy Awards ceremony that aired on March 14, 2021, will additionally be offering to the auction an Epiphone brand 56 Les Paul Pro ebony electric guitar signed by the band members RM, Jin, SUGA, j-hope, Jimin and V on the body, and Jung Kook on the pickguard (estimate: $4,000 - $6,000). Another previously announced BTS item on offer is a group of three unique rings worn by j-hope (estimate: $2,000 - $4,000).

MusiCares Person Of The Year 2022 honoree Joni Mitchell's work will also be showcased in the auction with her offering of the artist proof print of her original oil painting of music icon Jimi Hendrix (estimate: $2,000 - $4,000). This artist's proof will be signed and framed by Joni Mitchell. "I have always thought of myself as a painter derailed by circumstance," she said in 2000. "I sing my sorrow and I paint my joy."

Other sensational highlights include (with estimates):

* Bono's handwritten lyrics to U2's new song "Your Song Saved My Life" from the upcoming "Sing 2" animated movie coming out in December starring Scarlett Johansson, Bono, Reese Witherspoon and others ($4,000 - $6,000).

* A class white Gibson brand ES-355 Bigsby VOS electric acoustic guitar donated by Gibson Gives and signed by Tom Petty when he was being honored as MusiCares Person of the Year in 2017. Petty has played a number of various Gibson brand guitars and bass instruments throughout his career, including acoustic-electric models like the ES 355. The guitar is accompanied with a Tom Petty and THE WILDFLOWERS 9LP DTC Ultra Deluxe edition box set complete with a unique and hand-made necklace by Maria Sarno, a lyric book with illustrations by Blaze Brooks (exclusive for the set),a litho print of photo of Tom Petty, a 7" of "You Don't Know How It Feels", tour program, stickers and more. Only 500 box sets were published ($6,000 - $8,000).

* A gold Gibson ES-335 electric acoustic guitar signed by Harry Styles with the inscription "All my Love" and a heart symbol, "Watermelon Sugar" (2019, 2020) 7" pink colored record single inscribed "All my love to you Treat people with kindness" signed by Styles and three-color Polaroid-like photographs from the photo shoot for the song's music video ($3,000 - $5,000).

* A special item donated by the Chris Cornell Estate.

The auction will start closing in real time and in lot order for live bidding at 1:00 p.m. Pacific Time on January 30, 2022. 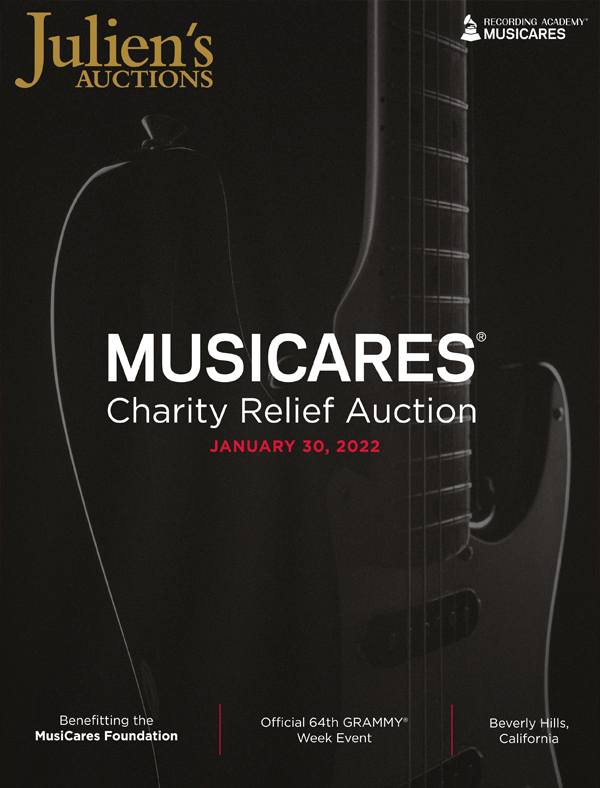