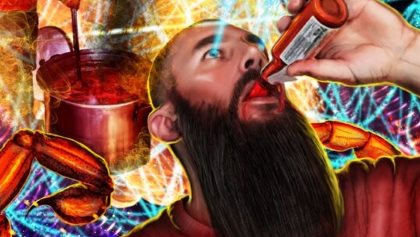 SIX FEET UNDER bassist Jeff Hughell will release his third full-length solo album, "Trinidad Scorpion Hallucinations", on January 8 via iTunes, Amazon, Spotify and JeffHughell.com. Just like the scorching pepper the album is named after, these songs are not for the faint of heart. The record takes the listener on a roller coaster of extreme highs and lows which parallel the emotions one would experience after having the misfortune of inhaling one of the world's hottest chilies.

The first track, "Burn The Soul", scorches ear holes with blistering bass and drums as capsaicin burns the throat. An ice-cold glass of water in the form of track number two, titled "Relief", quenches a sweltering pallet, but only momentarily. The smolder continues as delusions ensue on the title track, "Trinidad Scorpion Hallucinations". "Brief Lapse of Clarity" provides a false sense of comfort in the form of a mellow harmony. Realization that nothing can halt the heat happens in the next song "The Crown Won't Cool It Down". As science demonstrates, what goes in must come out: "The Other Side" provides a climatic close to a wild ride.

"Burn The Soul" features contributions from Dominic Lapointe performing a fretless bass solo, Marc Gilson performing keys, and drummer Hannes Grossmann, who also performs on "Trinidad Scorpion Hallucinations" and "The Crown Won't Cool it Down". "Relief" includes performances from Matt Kourie on vocals and guitar, Kevin "Brandino" Brandon on arc bass, and Mike Blanchard, who also appears in "The Other Side" on drums and percussion. Guitar solos are performed by Allan Marcus on "Trinidad Scorpion Hallucinations" and Per Nilsson on "The Other Side". "The Other Side" also features a bass solo from Mark Michell and a fretless bass solo from Jaron Evil. The epic artwork for "Trinidad Scorpion Hallucinations" is designed by Tony Koehl.

Hughell is a renowned seven-string bass player who is well established in the technical metal scene. Bands he has played with include SIX FEET UNDER, RECIPROCAL, FEARED, BRAIN DRILL, VILE, OSMIUM, SEVERED SAVIOR, ASYLUM, RINGS OF SATURN and CRYPTOREUM. He is endorsed by Warwick, Gallien Krueger, Seymour Duncan and Dean Markley. 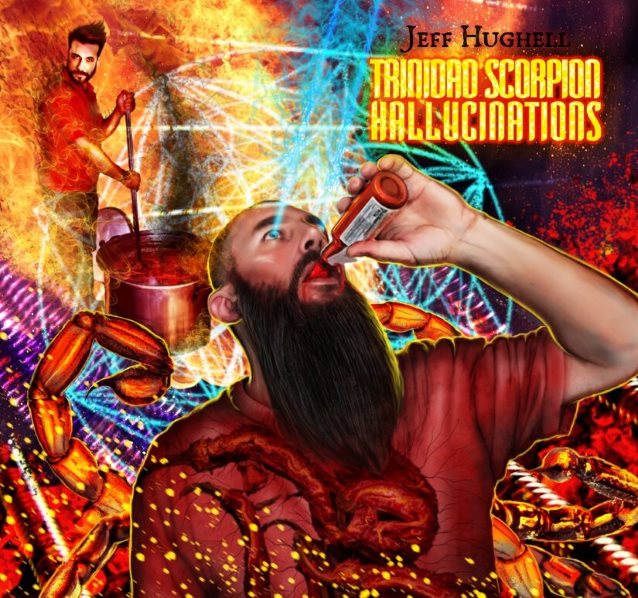