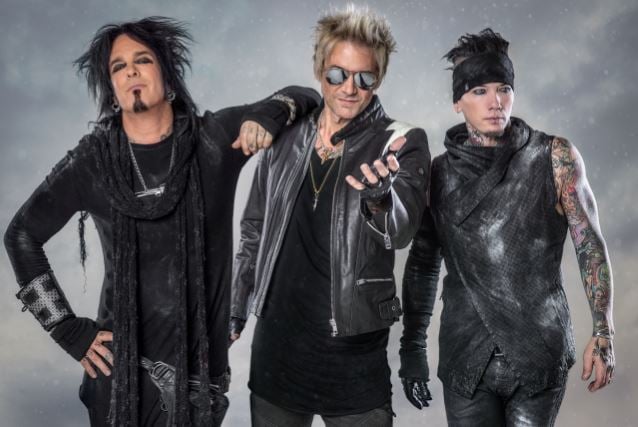 SIXX:A.M. — the band featuring MÖTLEY CRÜE bassist Nikki Sixx alongside guitarist DJ Ashba and vocalist James Michael — will release "Vol. 2, Prayers For The Blessed" on November 18 via Eleven Seven Music. The album will be available for pre-order beginning October 14. Written and recorded at the same time as "Vol. 1, Prayers For The Damned", released earlier this year, the album acts as a companion piece to the first chapter while simultaneously elevating the band's sound in every area.

From the outsider anthem "We Will Not Go Quietly" to the operatic show stopper "Maybe It's Time" and groove-driven, radio-ready rocker "That's Gonna Leave A Scar", "Prayers For The Blessed" displays the many sides of SIXX:A.M.'s sound, something that the band was able to develop by ramping up the amount of time they spent out on the road.

"We really found ourselves onstage and it's influencing the way we write," says Sixx. "We started focusing on our music not only as songwriters and lyricists but also stayed conscious of what would transfer over live to the audience."

Regarding the decision to split the "Prayers" project into two separate albums, James told The Aquarian Weekly: "When we set out to make two records, it was very intentional. We didn't want this to fall into that category that a lot of albums do, where it actually sounds like you went into the studio to one record, you have a few extra songs, you figured you'd polish them up and then you have a double album. We've all fallen victims to those albums before. This was a very different beast. It was very intentional. We thought of this as one big record, but then in a lot ways, we knew that we were going to be releasing them separately, so we did treat them separately, so they would stand alone. But we put so much effort and thought and care into every single note of both records and we wrote them both at the same time, and then figured out where each song made sense, so I think 'Vol. 2' is absolutely as strong, if not stronger than 'Vol. 1'. There are some songs on there that are really career songs. So, in a way, while we're so excited about 'Vol. 1' and the response that we're getting, we're also chomping at the bit for people to sink their teeth into 'Vol. 2' as well."

In a separate interview with Lehigh Valley Music, James stated about the decision to release "Vol. 2" so soon after "Vol. 1": "We didn't want to wait too long in between because they’re definitely connected. Both volumes certainly stand alone and are very satisfying bodies of work, but when they are experienced together, another layer of SIXX:A.M. and another of the messaging will be revealed. So it was important that we didn’t release them too far apart because they are connected, but we didn't want to release them at the same time 'cause that's an awful lot of music to absorb. And as you know, SIXX:A.M. music is — it's pretty heavy and it's pretty complex and deals with very, sometimes, difficult subject matter. So we wanted people to have time to absorb the messaging and absorb the songs before we then dropped a whole other album on them. But the reason we decided to do two records is we wanted to provide a lot of new music for people. We also kind of felt like we were playing catch-up in a way. 'Cause for the last ten years, we haven't been able to tour very much at all, and so we felt like, in a way, we were making up for lost time."

Touring three continents this year, SIXX:A.M. are excited to bring their music in front of audiences globally and perform the songs from "Prayers For The Blessed". Taking their shows beyond the performance, the band made the announcement of "Prayers For The Blessed" during the first stop of their Canadian tour in Abbotsford, British Columbia and will be shooting the video for "We Will Not Go Quietly" off the new album with iconic director Wayne Isham during their show in Edmonton, Alberta on Saturday, September 17. That same day, fans will also get a chance to meet the band during an in-store album signing at the West Edmonton Mall. Hosted by HMV Canada, the event will be limited to fans with an official event wristband, obtained by purchasing, or displaying HMV proof of purchase of "Prayers For The Damned" or album by another one of the bands on the tour (FIVE FINGER DEATH PUNCH, PAPA ROACH, FROM ASHES TO NEW).

SIXX:A.M. will continue to tour across Canada through September 18 with one dollar from each ticket sold on the tour going to the Canadian Red Cross to support their relief efforts. The trio will head back out on the road in October for their highly anticipated U.S. arena tour with FIVE FINGER DEATH PUNCH, SHINEDOWN and AS LIONS. The tour commences October 18 at Verizon Arena in Little Rock, Arkansas and includes stops Denver, Las Vegas, Anaheim and Philadelphia. 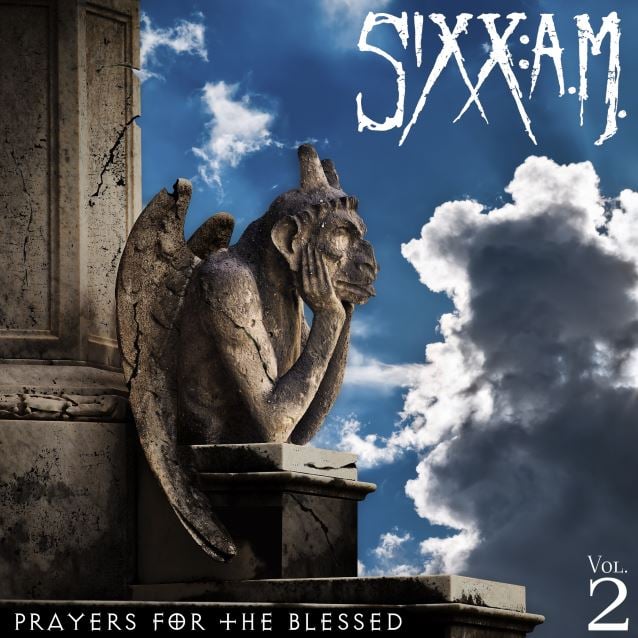