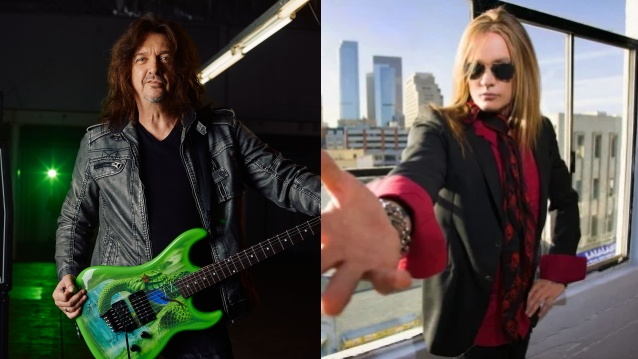 SKID ROW Guitarist On Failed 2016 Reunion With SEBASTIAN BACH: 'We Couldn't Even Get Past The Point Of Simple Texting'

In a new interview with Scott Penfold of Loaded Radio, SKID ROW guitarist Dave "Snake" Sabo was asked how he feels about people still calling for a reunion with the band's former singer Sebastian Bach. He said (as transcribed by BLABBERMOUTH.NET): "Well, it's been 23 years [since SKID ROW reformed], so to say that I'm over it would be an understatement. We attempted [a reunion] slightly [back in 2016]. We dipped our toes in the water and realized that it didn't feel so good. It's just one of those things where we still could not see eye to eye; we couldn't even get past the point of simple texting.