SKID ROW has replaced QUEENSRŸCHE as the support act on the rescheduled dates for SCORPIONS' "Sin City Nights" Las Vegas residency. The run of shows, which was originally slated to take place in July 2020 and was later pushed back to May 2021, will now happen in March-April, 2022 at Zappos Theater at Planet Hollywood Resort & Casino.

SKID ROW guitarist Dave "Snake" Sabo said: "This is so amazing. We've been fans of SCORPIONS since the '70s! One of the greatest rock bands to ever destroy a stage. We are so grateful and humbled by this."

Fans who purchased tickets to an affected performance will have their tickets automatically transferred to a new date with the exact same seats, including VIP packages, where applicable. If you are unable to attend that date, please visit your original point of purchase for a refund. Those interested in purchasing tickets for the new dates can do so at this location.

SCORPIONS' 19th studio album, "Rock Believer", will be released on February 25, 2022, The LP was recorded primarily at Peppermint Park Studios in Hannover, Germany and was mixed at the legendary Hansa Studios in Berlin, Germany with engineer Michael Ilbert, who has earned multiple Grammy nominations for his mix work with producer Max Martin on albums by Taylor Swift and Katy Perry.

SKID ROW is continuing work on its long-awaited new album for a tentative early 2022 release via earMUSIC. The band is recording its new album in Nashville, Tennessee with producer Nick Raskulinecz, who has previously worked with FOO FIGHTERS, STONE SOUR, HALESTORM, EVANESCENCE, RUSH and ALICE IN CHAINS, among many others. 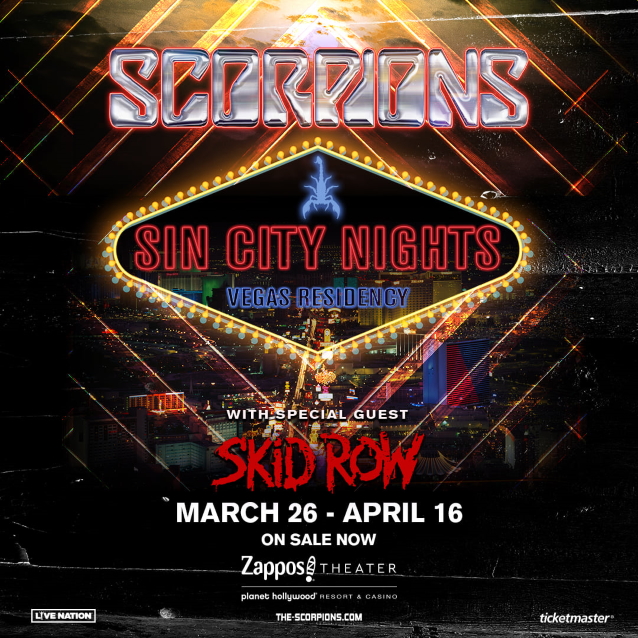