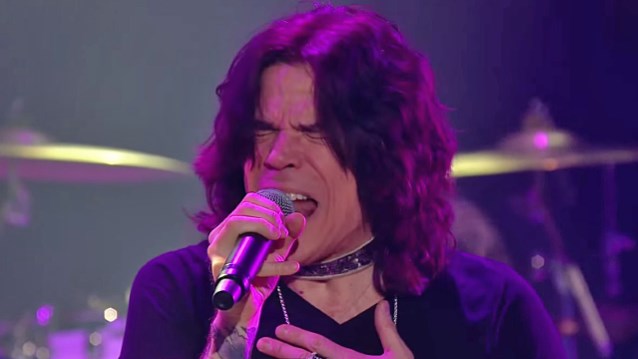 Former TNT and current SKID ROW singer Tony Harnell has uploaded a "rough demo" of a song he wrote with his "buddy" Stefan Altzar. Check out the track "Dreamer", which was mastered by Matt Alexander, using the ReverbNation widget below.

Harnell officially joined SKID ROW in April as the replacement for Johnny Solinger, who was the band's frontman for fifteen years.

The new SKID ROW lineup made its live debut on May 22 at Living Sky Casino in Swift Current, Saskatchewan, Canada.

STARBREAKER started as Harnell's side project while he was still in TNT. He was initially working on a solo record, but with Karlsson, former TNT drummer John Macaluso, and bassist Fabrizio Grossi, they formed STARBREAKER.

Harnell announced his latest departure from TNT on January 3, 2015, a little over a year after he rejoined the group.