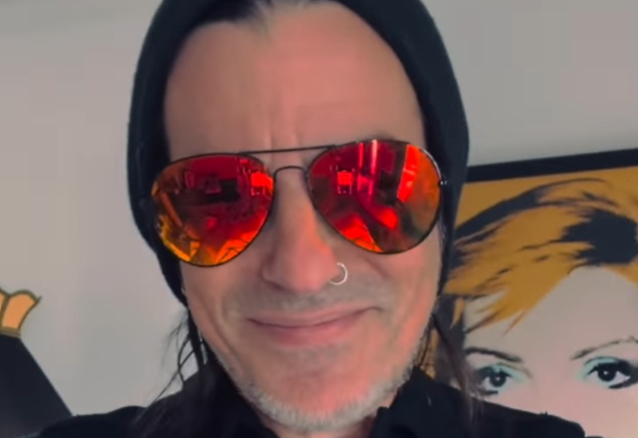 SKID ROW bassist Rachel Bolan says that it was "a really hard decision" to part ways with singer ZP Theart and replace him with ex-H.E.A.T. frontman Erik Grönwall.

Bolan addressed Theart's exit from SKID ROW in a brand new interview with the "Pat's Soundbytes Unplugged" podcast. He said (as transcribed by BLABBERMOUTH.NET): "It's really hard when you have to make a decision that could affect someone else's life, and your life. And it's never taken lightly. But sometimes you just start growing in different directions.

"It's really important to be like-minded with everyone, to have five guys with a common goal, or common goals, whether they're quickly obtainable or you have to work at 'em for a while," Rachel explained. "It's tough and it's a really hard decision to make, but you have to just be, like, 'Okay, this isn't personal. It's business. And we've gotta move on.' So that's what happened. And hopefully someday we'll be having beers together again or whatever and all be buds. But sometimes that doesn't happen that way. But it was never a decision that was taken lightly, for sure."

Bolan's latest comments echo those of SKID ROW guitarist Dave "Snake" Sabo, who told The Metal Voice two months ago that it was "really difficult" to split with Theart. "That decision wasn't difficult from a standpoint of [Erik's] talent, because that absolutely speaks for itself," he clarified. "It was just we had gotten to a crossroads where we were done with most of the [new SKID ROW] record. I think we had maybe three vocal tracks on the record, but most of the music was done, if not all. And we just realized that we needed to make a change. And it was a harsh realization. There was no arguments or anything like that with ZP; there was no animosity. I think that we both — and when I say 'we', I mean ZP over here and myself, Rachel, Scotti [Hill, guitar] and Rob [Hammersmith, drums] over here — we kind of just knew that the two sides were going in separate directions, to be quite honest."

Grönwall was diagnosed with acute lymphoblastic leukemia in March 2021. Six months later, he announced that he was cancer free after receiving a bone marrow transplant.

In September 2021, four months before he joined SKID ROW, Grönwall released his cover version of the band's classic song "18 And Life" via all streaming platforms.