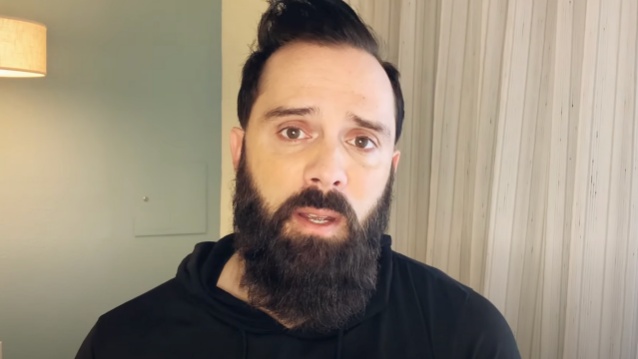 John Cooper, the frontman for the Grammy-nominated Christian rock band SKILLET, spoke to "Washington Watch With Tony Perkins" about how music and his band's music in particular affects the way people think about the world. He said (as transcribed by BLABBERMOUTH.NET): "Music is a fantastic vehicle. Music kind of — what's the right word to say this? Music kind of softens you up to hear what someone thinks about something that maybe you wouldn't normally want to listen to. Now, what we have to realize, of course, is that that can be used for bad — that can be used for really evil things or it can be used for really good things. What our young people are going through now is that they're constantly hearing this pop music… The popular music or the culture is so godless. It is lawless. It celebrates just absolute sexual revolution, I guess you would say — an abandonment, a liberation from Christianity, a specific liberation from Jesus Christ himself. It is a celebration of sin.

"A lot of people say, 'I don't really listen to the lyrics,' but the truth is that these lyrics, they get into you," he continued. "So we wanna do something that is the opposite, you see, because I don't believe that music is owned by the Devil. The Devil doesn't create music; he does not own music. Music belongs to the Creator, and so we aim to go into the culture, and through music, we bring music and art and rock music, specifically for me, back under the subjection of the Lord Jesus Christ. We bring it back under His feet where it belongs as we give glory to Him."

John added: "So I do think that there's a great place for music to change people's hearts 'cause they listen to the beat, they listen to the tune, and they go, 'I kind of dig that.' And then they turn on an interview with you and they get to hear me say what the song is about. And you never, ever know how God may use that. God does incredible things through interviews — these little seeds of truth. That's what we're praying for."