The official lyric video for "Big Tings", the title track of the new album from the Welsh "ragga metal" band SKINDRED, can be seen below. The disc, which was recorded at Peter Gabriel's Real World studio in the village of Box, Wiltshire, England, will be released on April 27 via Napalm Records.

SKINDRED, along with producer James Loughrey and engineer Lee Slater, could not be more excited about what will be the band's seventh studio album.

Says SKINDRED guitarist Mikey Demus: "The name hopefully says it all. You can expect some seriously 'Big Tings' from SKINDRED on our next record. We've thrown away the rulebook and pushed ourselves harder than ever to create the biggest, baddest, and most banging songs we could muster. We can't wait to start unleashing this new stuff on the world, so prepare yourselves for some 'Big Tings'!"

SKINDRED will embark on a full U.K. tour in April with special guests CKY.

SKINDRED recently released a music video for its "Machine" single. The clip features actor and stuntman Neil Chapelhow, best known for his work in the films "Wonder Woman" and "Fantastic Beasts".

The band states: "When we were told we were doing a video with the stunt team that's be behind the Marvel films, James Bond and the Bourne films, we knew we were in for a good time on the shoot. Throw in Gary from REEF and one of our fave bars in London (Big Red) and you have the ingredients for a really fun video. The idea is don't judge a book by its cover. SKINDRED is inclusive. Not exclusive. So when someone in a rock bar is being teased by some 'rockers' for not being the same as them, he hits back! In a big way!"

"Machine" features vocals by REEF frontman Gary Stringer and guitar by Phil Campbell of MOTÖRHEAD. The track was previously used as both the intro and outro theme to AC/DC frontman Brian Johnson's TV show "Cars That Rock". 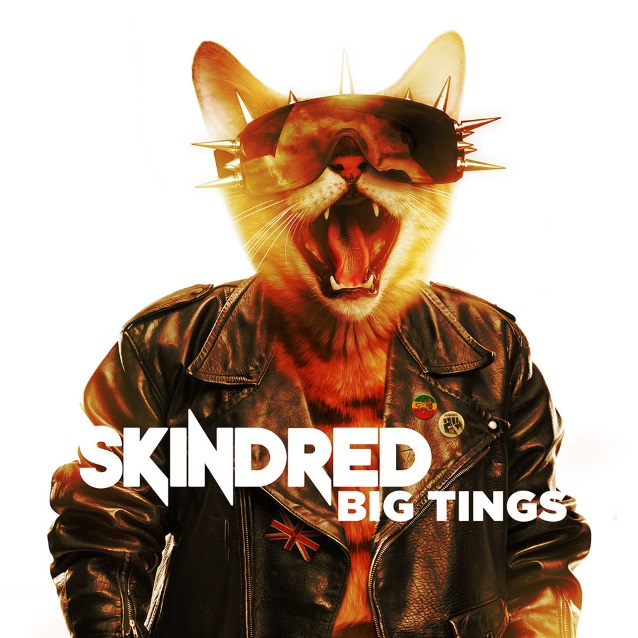