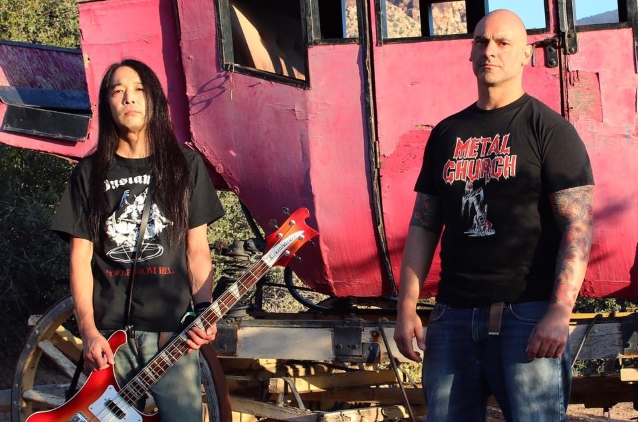 SKULL PIT is a tale of two musicians from opposite sides of the heavy metal spectrum and the planet: Tatsu Mikami, hailing from Tokyo, Japan, is the bassist and mastermind behind the internationally acclaimed doom outfit CHURCH OF MISERY; Mem V. Stein, from New York, is the singer and frontman of German thrash pioneers EXUMER.

For a preview of SKULL PIT, the video for the first single, "Fire Breather", can be viewed below.

Mem comments: "This album perfectly captures the entire spectrum of what we were passionate about as youths and now as adults: unfiltered, honest and straight-forward heavy metal.

"The 'Fire Breather' video clip basically combines all the key elements of SKULL PIT's global sonic attack in every frame. Shot in and around the desert of Las Vegas, Nevada, the clip was edited by known Japanese director Kazuaki Kimura, who immediately came on board after listening to the SKULL PIT album."

The two veterans endeavored to combine their favorite elements of bands like MOTÖRHEAD along with the countless outfits of the New Wave Of British Heavy Metal into one blistering and highly energetic nine-track album. The songs on SKULL PIT's debut are a clear departure from what EXUMER or CHURCH OF MISERY usually sound like. Stepping away from EXUMER's lighting fast rhythms and CHURCH OF MISERY's slowed down, Tony Iommi-inspired riffs, SKULL PIT creates melodies in the vein of '70s hard rock and '80s NWOBHM with Lemmy's punk attitude.

Mixed in Tokyo by O-mi Kihara, "Skull Pit" was recorded in New York and Japan during EXUMER's and CHURCH OF MISERY's time off from playing live around the globe. The result is a free-flowing album that switches effortlessly between genres and boundaries, but always with the intent to deliver a razor-sharp riff or a memorable hook.

SKULL PIT didn't shy away from further expanding its all-inclusive attitude when it came to choosing and recording a cover song as a bonus track: ROSE TATTOO's "All The Lessons". The song features Brian "Mitts" Daniels (ex-MADBALL),who produced Mem's vocal tracks in New York. 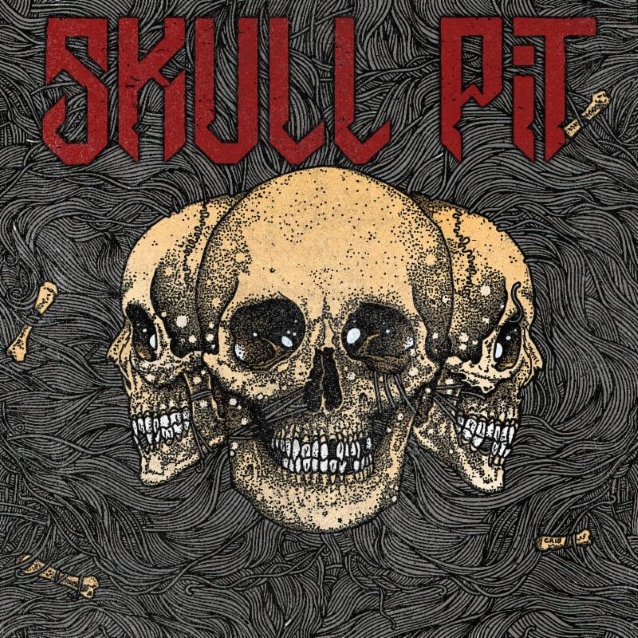