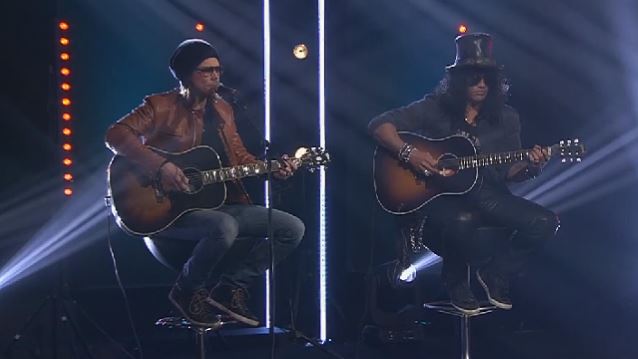 Slash and Myles Kennedy performed an acoustic version of the song "Bent To Fly" on the Norwegian-Swedish television talk show "Skavlan" on November 7. Watch video footage of the performance as well as an interview with Slash below.

"Bent To Fly" is taken from "World On Fire", the third album to be made available under the Slash solo banner, which sold around 29,000 copies in the United States in its first week of release to land at position No. 10 on The Billboard 200 chart. The CD arrived in stores on September 16 via Slash's own label Dik Hayd International distributed through Roadrunner Records (Europe, Middle East, Africa and Latin America).