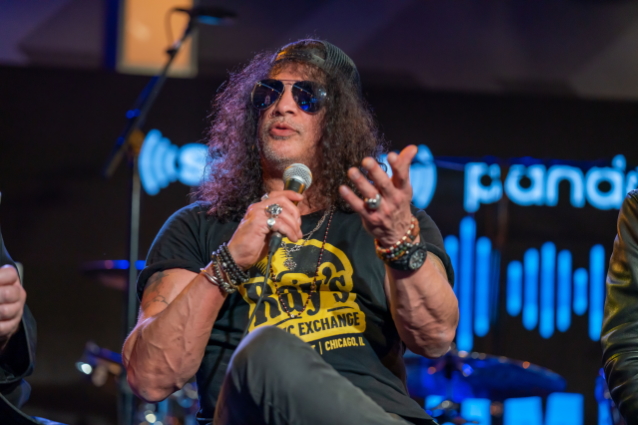 SiriusXM's Eddie Trunk hosted a special "Trunk Nation Virtual Invasion" with SLASH FEATURING MYLES KENNEDY AND THE CONSPIRATORS at SiriusXM's Los Angeles studios. Trunk sat down with Slash and the band to discuss their new record, working during the pandemic, the new tour and more. Preview clips are available below.

This special "Trunk Nation", taped last week, will air on Friday, February 11 at 10 p.m. ET on the Volume channel (106). It can also be heard anytime on demand on the SiriusXM app.