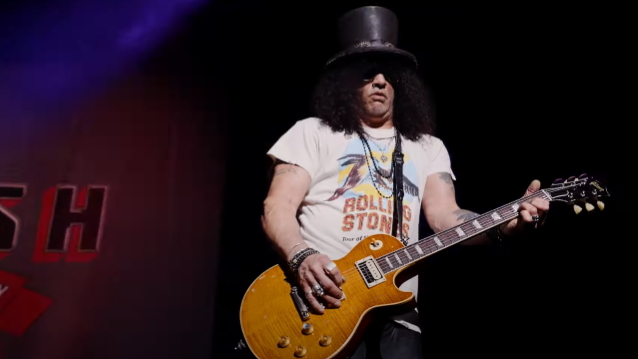 SLASH FEATURING MYLES KENNEDY & THE CONSPIRATORS have released the official music video for the song "April Fool". The track is taken from the band's latest album, "4", which was released on February 11 via Gibson Records in partnership with BMG.

Myles told Classic Rock magazine about "April Fool": "'April Fool' has a certain swagger. That's another one of my favorites. Lyrically, it's a song about playing the fool no more and having the last laugh at the end of the day. From a musical perspective, it's just a cool vibe. That was one of the tracks that was elevated in the studio by [producer] Dave Cobb. He had some good ideas about resequencing a few chords in the pre-chorus, which made the chorus pop."

As previously reported, SLASH FEATURING MYLES KENNEDY & THE CONSPIRATORS will release "Live At Studios 60", their first-ever double live LP, for Record Store Day on June 18. The effort contains a performance of "4", plus four additional songs from the group.

Recorded live in Los Angeles at Studios 60, the "Live At Studios 60" double LP exclusive Record Store Day release is limited to only 2,250 copies.

The full concert features all the songs from "4". Additional performances of the group's Top 5 rock radio hits, including "You're A Lie", "World On Fire", "Anastasia" and "Driving Rain" are also included in the double vinyl package. 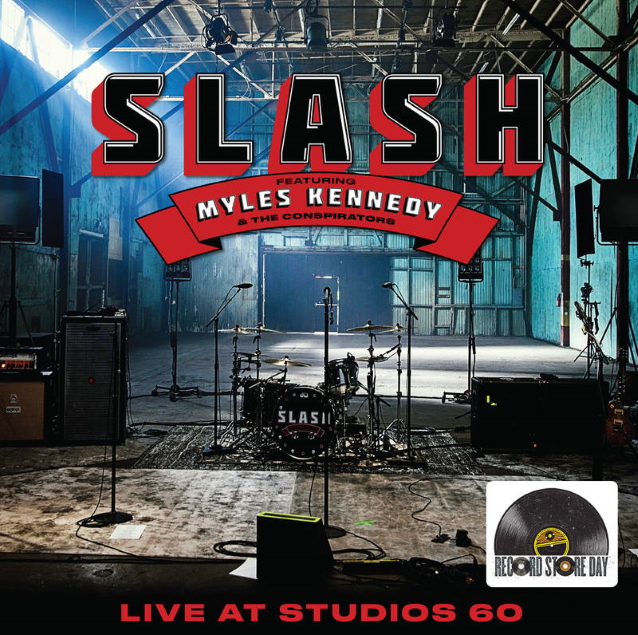