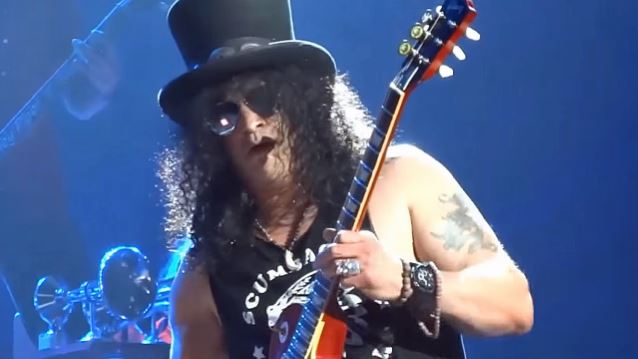 SLASH Finds It 'Surreal' That GUNS N' ROSES Is Back Together

Slash says that "everybody's really getting along great" on GUNS N' ROSES' stadium tour, but admits to finding it "surreal" that the reunited band is back on the road after more than twenty years.

Speaking to AEROSMITH drummer Joey Kramer on WZLX, the guitarist said (hear audio below): "All the shows have been great that we've done so far. Last night was only our third show on this leg and then we did seven shows prior to that."

Rose just finished a stint as lead vocalist for AC/DC on that band's European festival run, and is slated to play at least ten North American shows with that group right after GUNS complete their stadium trek in late August.