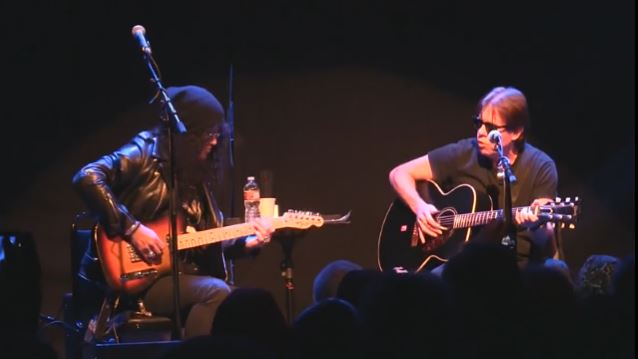 Legendary guitarist Slash joined George Thorogood on stage for three songs this past Sunday, December 14 at the Canyon Club in Agoura Hills, California as part of The Mighty Met Acoustic Flashback event honoring Paraquat Kelley. Check out video footage below (courtesy of IndiePower.com and CaliforniaRockNews.com).

KMET on-air personality Pat "Paraquat" Kelley was a fixture on Southern California radio for over a decade. In 2003, Pat was diagnosed with primary progressive multiple sclerosis and he's currently battling the advanced stages of the disease. Award-winning musicians, KMET alumni and friends brought their talents and efforts together for a one-night special event at in recognition of Pat's unstoppable spirit and courage. Legendary DJ Jim Ladd hosted the event and proclaimed Kelley "his hero."

KMET/94.7 FM was the soundtrack of Southern California when it came to underground progressive rock in the late '60s, '70s and '80s. "The Mighty Met" was free-form radio with dominant on-air personalities and it rocked in the local ratings.

KMET was replaced by KTWV ("The Wave"),featuring a smooth jazz format that continues today. 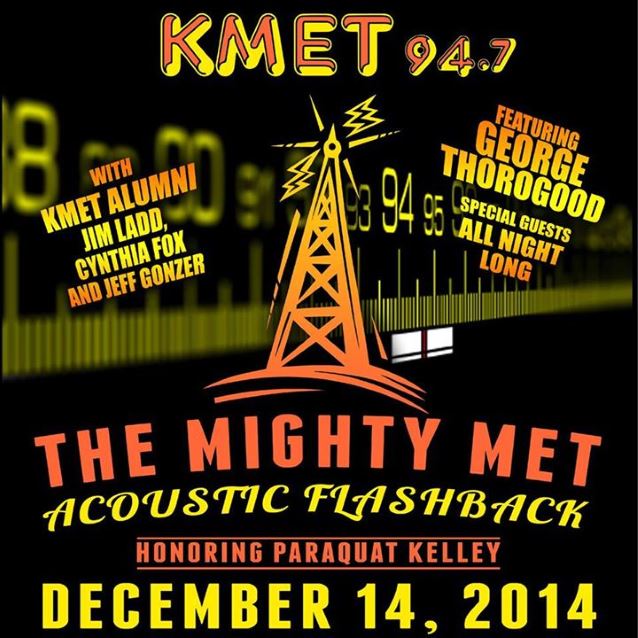