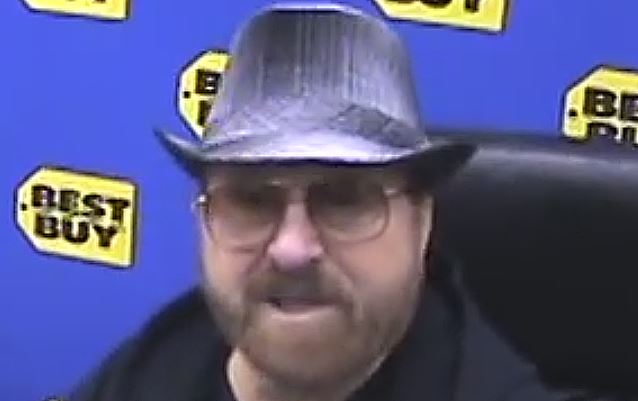 Ten years after PANTERA guitarist "Dimebag" Darrell Abbott's death, Jerry Abbott, the legendary axeman's father, has just released a book, "Over My Left Shoulder: The Life And Times Of Jerry Abbott", via CreateSpace, the publishing engine of global online retailer and publisher Amazon.

The music business is filled with lots of contradictions: lots of highs and lots of lows, and Jerry Abbott — a professional musician, as well as a recording engineer, a role he performs to this day at his studio in Nashville — has been down every road imaginable on his journey through it and lived to tell it all. His sons, Vinnie Paul and "Dimebag" Darrell were the founding members of two of the world's greatest rock groups, PANTERA and DAMAGEPLAN. Jerry mentored them from day one and the story of their success is relayed in "Over My Left Shoulder: The Life And Times Of Jerry Abbott". As you turn its pages, you will discover how to get a record deal, how Dimebag found his sound, how Buck Owens came to record and to "play together again, again" and the ins and outs of Music City USA.

Music makes some people rich and leaves others destitute. Talent has nothing to do with it and yet it has everything to do with it. If you're in a new and restless rock band and want to get on with making your first million bucks, this book will open your eyes to a world you don't even suspect and would never imagine. In either case, "Over My Left Shoulder: The Life And Times Of Jerry Abbott" will teach you what you need to know and take you where you want to go.

Part autobiography, part music business guide, this book offers something for everyone from the PANTERA fan to musicians paying their dues, making it a must read for everyone. With a foreword by Marty Stuart, and stories that run the gamut of rock royalty to the top players in country music, "Over My Left Shoulder" transcends genres, decades, and paves the way for the next generation.

Asked what his proudest Dimebag-related moment was, Jerry told Guitar World magazine in a 2009 interview, "The thing that made me most proud was the fact that he found his way in life early on and had all the things he needed to enjoy it. He also had a nice home that I really enjoyed going to. In fact, I always told him, 'When I grow up, I want to live upstairs in your house.' [Laughs] In addition to all his success, he had the respect of everybody. Everywhere Dime went he was treated with the utmost respect, and that's something people just don't give up unless you're somebody really special. That also made me very proud."

Regarding what he thinks Dimebag would have gone on to achieve had he not been killed, Jerry said: "Well, they were working really hard on DAMAGEPLAN, and that was a very difficult thing to make happen. As you know, when anybody changes bands, it's always a struggle, even when the music is wonderful and the players are as talented as they come. I remember Chet Atkins, one of the greatest players in the world, once saying, 'Nashville will only let you be one thing. You're either a guitar player or a fiddle player. You can't be both.' And the same is true of the general public and bands. People just don't want to accept change. If they love you the way you are then they don't want you to change. To the fans, Darrell and Vinnie were PANTERA, so accepting them in another band was difficult. And that's what the boys were struggling with more than anything.

"As far as that band went, I felt that Vinnie and Dime had a new-found freedom. I honestly believe they were onto something special again. It just takes time for that to jell, not only within itself but also with the public. If Dime had lived, they would've certainly carved themselves another deep notch in their style of rock and roll with that band.

"Beyond that, Darrell was pretty much a free spirit. I mean, he once told me, 'You know what, Dad? When this is over I'm probably gonna get me a couple of pawnshops and just sit back and watch the world go by.' I don't know that he would've ever really done that, but I know that he loved going into pawnshops and wheeling and dealing with the owners. [Laughs]" 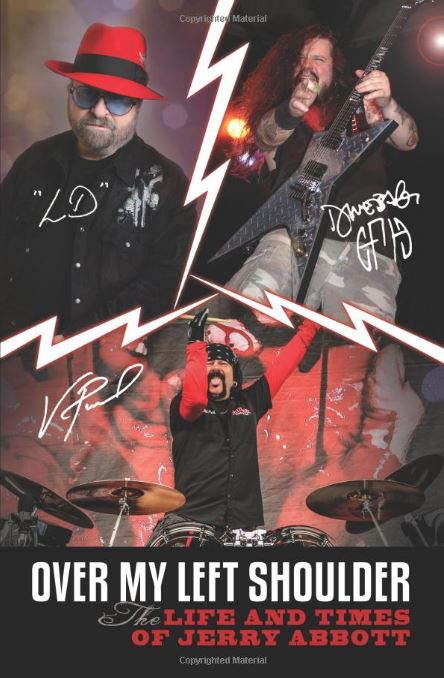