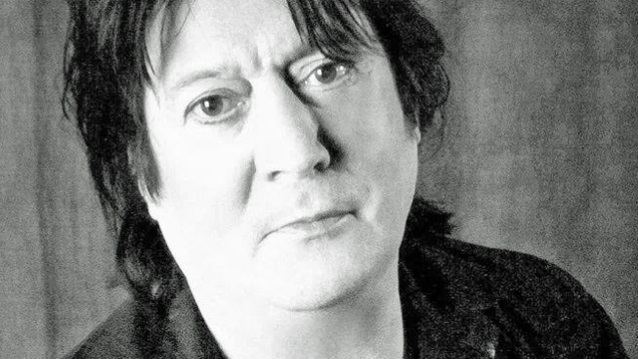 Former UFO, OZZY OSBOURNE and WAYSTED bassist Pete Way, who was recently given the all-clear after a battle with prostate cancer, is preparing to resume work on his upcoming solo album, "Walking On The Edge", which is tentatively due in early 2015. Way's first solo studio effort since 2007's "Acoustic Animal" is being helmed by producer/engineer Mike Clink, who has previously worked with GUNS N' ROSES and METALLICA.

Way tells Classic Rock magazine: "On my first solo album, 'Amphetamine', I wanted to make the songs I had always wanted to in UFO. I thought what's the point in doing the same stuff you do with your band? It was always my ambition to do something more rock.

"On this new album, Slash [GUNS N' ROSES, VELVET REVOLVER] and Nikki Sixx [MÖTLEY CRÜE] play and I've got GUNS N' ROSES producer Mike Clink working with me at John Parr's studio, Somewhere In Yorkshire. Working with these guys is amazing, I mean how many Grammy awards can you get in one room?

"I'm excited about going back, but I have to be very careful not to sing better than I did on the earlier takes as Mike will make me do the whole bloody lot again!"

Way describes the material on "Walking On The Edge" as "in-your-face rock 'n' roll" and says that the lyrical themes covered on the album deal mostly with his drug and alcohol addiction that he finally managed to beat four years ago.

"I wrote it before the cancer," he says. "So the lyrics are really about my drug abuse, about which I'm very ashamed. Money and the needle is a very bad combination. I'm not proud of it but maybe it will give somebody else the opportunity to just say no. At least then it will have achieved something."

The 63-year-old rocker told the publication that he was diagnosed with prostate cancer last summer during a routine check on his liver, which has been damaged over the years through hepatitis. The abdominal scan picked up the tumor on his prostate.

"I thought the blood in my pee must have been linked to the drugs I had taken down the years," he said. "When they said I had cancer, I thought I was going to die. Then when they told me it was gone, it was a strange anticlimax — now I can't use the cancer as an excuse for having a sore head.

"I was so lucky that I had symptoms, because some people don't, and then it can be too late to treat.

"All men over 50 should go and get tested — it's a simple procedure and it could save your life.