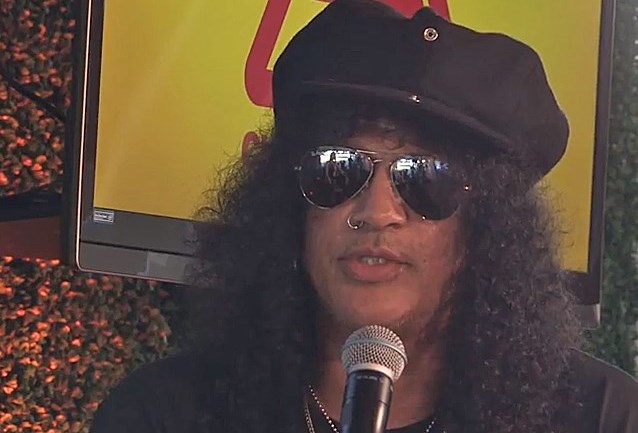 On September 13, Nikki Omen of the Rock 101 radio station in Vancouver, British Columbia, Canada conducted an interview with legendary guitarist Slash (GUNS N' ROSES, VELVET REVOLVER). You can now listen to the chat using the SoundCloud widget below.

As previously reported, Slash will attend the Toronto, Ontario, Canada screening of the first-ever motion picture he has co-produced, "Nothing Left To Fear", this Thursday, September 19 at Cineplex Yonge and Dundas.