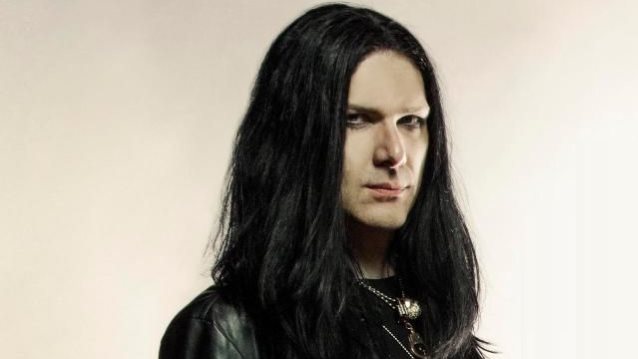 Todd Kerns, the bassist for Slash's backing band, MYLES KENNEDY & THE CONSPIRATORS, says that he has has known about the plans for a "semi-reunion" of the classic lineup of GUNS N' ROSES "for a long time" and insists that he supports the guitarist "wholeheartedly to dive into this experience."

GUNS N' ROSES issued a press release on Tuesday confirming that Slash and bassist Duff McKagan will rejoin singer Axl Rose for the band's upcoming performances at this year's Coachella Music And Arts Festival. There is still no word on whether original guitarist Izzy Stradlin, drummer Steven Adler will appear, along with any other past or current members of the group.

The 2016 Coachella festival will take place on the weekends of April 15 through April 17 and April 22 through April 24 at the Empire Polo Club in Indio, California. GUNS will play on April 16 and April 23.

There are rumors that the band will head out on a 25-date North American stadium tour this summer, but so far there is no official confirmation of that.

In a post on his official web site, Kerns wrote: "By now you will have been privy to news that is hardly unexpected yet wholly exciting nonetheless. God knows it never seemed to be that carefully kept a secret.

"For a long time now, we, CONSPIRATORS, have been personally made aware that the regrouping of one of the most important brotherhoods in music history was underway. That thing that everyone had wished for but never thought possible was quietly (and not so quietly) cooking under our very noses. To be in this close of proximity to a history of rock and roll moment occurring has been nothing short of incredible.

"With Myles returning to a new chapter of ALTER BRIDGE, the door has opened for any number of circumstances and the semi-reunion of GUNS N' ROSES is one of the most exciting byproducts thereof.

"I, for one, never got to see GUNS N' ROSES in any form. Not with Steven [Adler], not with Izzy [Stradlin], not with Matt [Sorum], not with Gilby [Clarke] and not with all the others that followed into the 21st century. I have always been a working musician. I have been constantly touring since my teens. I missed almost every great concert that came my way because I was on stage myself. Couple that with the fact that I grew up in a small town of 1500 people and you'll understand how I never got to see much as a kid either.

"I missed AEROSMITH, Alice Cooper, the RAMONES and, of course, GN'R. How could this be? All of my favorite bands, the ones that shape who I am today, I never got to experience in a live setting until much later. GN'R I missed out on completely. I have remedied AEROSMITH and Alice a billion times over since.

"As Slash's bro, I think this is a very exciting and important chapter for him to embark on. I support him wholeheartedly to dive into this experience, but as his friend, I would support him if he decided to walk away from music and live amongst Buddhist monks in Nepal. That's what bros do. How it affects me really isn't the point. This thing is bigger than all of us. I think it is a healthy thing for the individuals involved as well as the great gift they are giving to the world. I accept that gift thankfully.

"And how exactly does this affect me? Well, to be honest, we have all known for a long time that 2016 was going to be a year with not much public activity in the SLASH FEATURING MYLES KENNEDY & THE CONSPIRATORS camp. We still have every intention of entering the studio to record [the third SLASH FEATURING MYLES KENNEDY & THE CONSPIRATORS album] in May and some form of release following in 2017. In music, as in life, things change all the time. For me, I have taken on a number of projects that as usual I wish there were at least two of me to see through.

"As it stands, I can only look back at the great things we have accomplished since March/April of 2010 and feel nothing but joy. As I've said many times, I never had any expectations that we would carry on beyond the support of Slash's 2010 solo CD. The fact that it begat a live album, two further albums, two DVDs, an actual band name and about a gazillion trips around the world I would never have bet on, but here we are less that a week into 2016 and we have done all of that and more. What the future holds is patently inconsequential when compared with all that we have accomplished. I am proud of what we have achieved and look to the future with nothing but exuberance and wonder.

"But, for now, Welcome BACK to the jungle, brothers and sisters!"

Slash's third solo album, "World On Fire", sold around 29,000 copies in the United States in its first week of release to land at position No. 10 on The Billboard 200 chart. The CD arrived in stores on September 16, 2014 via Slash's own label Dik Hayd International distributed through Roadrunner Records (Europe, Middle East, Africa and Latin America).