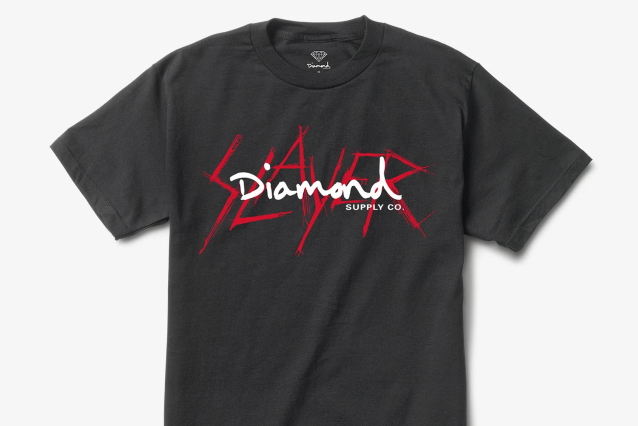 According to BallerStatus, Diamond Supply Co. has collaborated with iconic thrash metal band SLAYER for their first-ever capsule collection together.

Diamond founder Nicholas Tershay — a.k.a. Nick Diamond — has been a fan of SLAYER for more than three decades, having purchased "Show No Mercy" when he was 10 years old and attended numerous shows throughout the 1980s and 1990s.

Tershay launched Diamond Supply Co. back in 1998 with the original vision of selling skate hardwear. It quickly graduated onto tees and accessories, capturing a zeitgeist that expanded the reach of the brand far beyond the skate community and established Diamond Supply Co. (and its instantly recognizable logo) within an emerging streetwear scene.

Last fall, SLAYER's management told Pollstar that more than $10 million worth of merchandise had been sold on the band's farewell tour prior to the launch of the trek's final leg.